Anyone with even a cursory knowledge of the sporting world is well aware of the current problem with doping and performance enhancing drugs (PEDs).  We’ve all heard the allegations: Barry Bonds and his BALCO connection in major league baseball; Floyd Landis in cycling’s Tour de France; and numerous disqualifications in last year’s Beijing Olympic Games.  Did they?  Didn’t they?  The controversies continues to swirl.

In the August issue of AACC’s peer-reviewed journal, Clinical Chemistry, Larry D. Bowers, PhD, Chief Science Officer for the U.S. Anti-Doping Agency, lays out the case for modern anti-doping efforts in sports and why lab testing is crucial to the success of these programs.  Bowers notes that the primary reason for having a prohibited list of substances is to protect athletes’ health, and was spurred by concerns of the potential side effects of anabolic steroids administered to East German athletes in the 1960s and 1970s.

Today, human health is still a primary concern in testing for PEDs, but it has been joined by a need to optimize the testing process while ensuring fairness for the athletes being tested.  “The procedure for collection and testing specimens for doping control involves a large number of protections for the athlete,” said Bowers, pointing to rules that allow athletes to observe transportation of the collected specimen, test security of the sample containers, and ensure that the lab doing the analysis is unaware of the identity of the athlete providing the specimen.

However, with a rise in the amount of money involved in sports and sports broadcasting, a cottage industry has emerged that does its best to find ways to beat PED testing, and access to unethical health professionals and other advisors has greatly increased the sophistication of both doping and masking strategies.  And even with unprecedented cooperation between the antidoping movement, the pharmaceutical industry, and the laboratory community, the support provided for antidoping research, education, and testing remains “embarrassingly low,” according to Bowers.

But that’s not to say that the clinical lab isn’t keeping pace with new PEDs.  For example, the development of detection methods for several erythropoiesis-stimulating drugs before their introduction in the marketplace and the detection of athletes using them, along with successful prosecution of “nonanalytical” doping cases such as BALCO, show that the antidoping movement is making progress.  Said Bowers, “The challenge for the next eight years is to continue to build on the scientific advances and to harmonize the testing of athletes globally.  The international antidoping system works, and it will only get better if it is given a chance.” 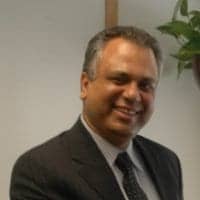 International Symposium Responds to a World at Risk