An opinion piece by a legal scholar from the Johns Hopkins Berman Institute of Bioethics in this week’s issue of Nature calls for the FDA to regulate all health-related genetic tests — whether available directly to consumers or through a health care provider — using an approach that imposes requirements proportionate to a test’s level of risk.

“‘Direct to consumer’ is simply a delivery method that in itself provides no information about the quality of the test offered,” writes Gail Javitt, JD, MPH, a research scholar at the Berman Institute. Instead of treating direct-to-consumer (DTC) genetic testing as a “special case,” Javitt argues that the FDA should implement a regulatory framework that ensures the quality of all health-related genetic tests.

“Some genetic tests are likely to be comparable to pregnancy tests,” which the FDA considers to be low-risk medical devices that consumers may purchase over the counter, according to Javitt. She adds that other genetic tests, such as those used to diagnose or guide decisions about the treatment of serious diseases, would be more appropriately offered through a health care practitioner.
Javitt also argues that more oversight is needed to ensure the clinical validity of some of the newer, more complex tests offered by clinical laboratories.

“In such a fast-changing landscape, striking the right balance between protecting the public and promoting innovation is crucial,” Javitt concludes. “To get it right, agencies must proceed in small steps, articulate clear goals and rationales for their proposed actions, and consider input from all those affected.”

Javitt’s article, “Assign regulation appropriate to the level of risk,” appears alongside another commentary in the same issue of Nature by Arthur Beaudet, a professor and chair of the Department of Molecular and Human Genetics at Baylor College, in Houston. His piece urges the FDA to ban all DTC tests, but to not impose new regulations on clinical labs offering genetic testing through health care providers.

Both scholars agree that the evolving understanding of the significance of certain genetic markers — along with the rapid pace of research and discovery — make the results of genetic tests difficult for both doctors and the public to accurately interpret. The magazine says it published the expert commentaries in the wake of recent actions by the FDA that signal the agency’s desire to increase oversight of laboratory-developed tests — in particular, those offered directly to consumers.

According to Javitt, the former law and policy director at the Berman Institute’s Genetics and Public Policy Center, about 30 companies worldwide offer more than 400 genetic tests direct to consumers. In May, the center published several charts listing DTC tests — sorted by company, disease and category.

The charts are online at http://www.dnapolicy.org. 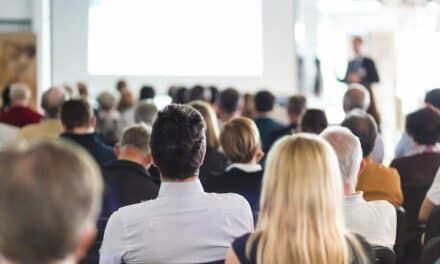