What Can Automation Do for You? 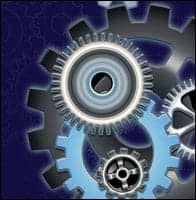 Automation is a buzzword among clinical labs, but it isn’t a pie-in-the-sky concept. The future for automation in clinical labs is here. Many clinical lab tasks have already been automated, and several manufacturers are offering automated lab systems in the marketplace. Automation continues to be the province primarily of hospital labs, however, while most large commercial labs continue to eschew its usage.

While specimen handling continues to be a primary area to be automated, some observers also see potential for automation opportunities on the information-handling side. According to Brian R. Jackson, MD, MS, medical director of informatics, ARUP Laboratories, Salt Lake City, instrument-LIS interfaces and autoverification continue to be big weaknesses, particularly with smaller platforms and vendors who are new to the clinical laboratory market. These technologies can provide modest clerical labor savings, but Jackson said he expected that the reductions in tedious data review and data entry would more than make up for perceived threats to job security, particularly given the current technologist shortage.

Central labs are using equipment and solutions that bring a significant degree of automation, allowing staff to migrate to more specific testing areas—particularly important since labs generate a lot of work and data, interpreting, handling and distributing large volumes of results and information to physicians.

For Charles D. Hawker, PhD, MBA, FACB, scientific director, automation and special products, for ARUP Laboratories, there are currently several automation options for labs: transport of specimens from incoming and processing areas to testing areas; centrifugation; sorting and aliquotting—that is, dividing a specimen into smaller parts so different analyses can be done simultaneously. Aliquotting, for instance, is something that could be done manually, Hawker says, but automation allows precise measurements of specimens into parts as small as a third of a milliliter. “Automation takes over the measurement of the specimens and makes sure there’s enough of each specimen for all necessary analyses,” he says.

Sorting, when automated, makes it easy to determine which direction a specimen should go in. For example, some specimens belong in racks for high-level, more detailed sorting, such as immunology or hematology analyses. In addition, racks can be customized for a specific analyzer. Some systems sort into racks for specific analyzers, and one machine may perform centrifugation, sorting, and aliquotting. However, some systems merely sort into the same rack, which then requires physically lifting all tubes out of the rack and placing them into an analyzer. It saves a lot of time if a machine can sort into specific racks for specific analyzers, he says.

Certain automated systems include refrigerated storage as part of their functions. Beckman Coulter and Abbott are among those, and their systems can recap specimens and use robotics to transfer them to refrigerated storage. In addition, these systems enter information into a database for repeated testing, if necessary.

Another function automation offers—one that Hawker calls “the next big thing coming in automation”—is automated quality inspection. “This feature is quite new,” Hawker says. The Beckman Coulter system can actually look through a specimen tube and its labels, and calculate the volume of the sample’s serum above the packed red cells. The PVT LabSystems and Olympus systems also can do this estimation of serum volume, but the PVT system cannot read through labels. It needs an 8-mm area of the tube surface with no labels in order to locate the red cell and serum levels and calculate the serum volume. However, the PVT system can also quantify the degree of hemolysis, icterus, or lipemia. This inspection can be used only for testing serum specimens, not urine specimens, and Hawker says that this automation of quality inspection is being put into more and more automated systems.

Are there drawbacks to automation? Hawker doesn’t think so, but he allows that it’s possible a lab could rely entirely on automation to the neglect of written procedures about what to do when there’s a system interruption, which inevitably occurs (usually because of computer, not mechanical, problems, he says). “These mechanical problems only affect one part of a system and only for a short time, but what does bring a system down is the failure of the computer systems that support and run the entire system, such as a network connection between the lab and the main system, or something as simple as a switch.

“But labs must anticipate that this will happen from time to time and have a backup plan. You gain so much with automation, though, with quality, efficiency, and throughput, that it’s an excellent trade-off,” Hawker says.

In addition, sometimes in the past in lab settings, automation was billed as a good way to save labor. “Management could have laid technicians off, but in our laboratory, we’ve saved head count from future growth, not by laying off current employees. For example, without automation we estimate we would have had to hire at least 100 additional people, but we did not have to do that,” Hawker says.

Perhaps surprisingly, with all the advantages and benefits automation brings, Hawker says it’s mostly present in hospital labs—probably more than 700 labs in the United States alone and 1,500 worldwide. “For reasons unknown to me, however, we’re the only commercial lab in the US with significant automation,” he says.

ARUP uses what Hawker says is the world’s largest clinical laboratory robotic freezer to archive specimens after testing is completed. The laboratory has connected two Motoman Storage AutoSorters to its Automated Track System to load specimens for storage into stainless steel trays. The primary function of the automated track system is to transport and sort specimens for testing. The system has a capacity of 8,000 specimens per hour, making it one of the highest-volume systems in the world. However, after testing is completed, specimens are automatically routed to one of the two SAS sorters. When the trays have been filled, they are placed on the inbound conveyor for the two-story Automated Storage and Retrieval System, which presently has more than 850,000 specimens. Individual specimens can be retrieved for repeat or additional testing in 2 1/2 minutes using an interfaced Motoman AS/RS Sorter. The discarding of expired specimens also has been automated through the daily release of trays from the system when “discard” is selected from the system’s menu, and using an automated machine entirely built by ARUP’s bioengineering department for rapid removal of expired tubes from trays.

Gary Allen, MT(ASCP), MBA, head of worldwide marketing for automation solutions at Siemens Healthcare Diagnostics, Deerfield, Ill, sees three critical influences in laboratory automation today: menu, system flexibility, and informatics. “Menu capability is impacting automation in a big way,” Allen observes. He notes that vendors are offering analytical platforms with increasingly broad test menus and automated lines with diverse connectivity options. This combination has significantly expanded the available menu coverage of automated systems and, as a result, modified the list of most frequently desired automation functionalities. While preanalytical and postanalytical sorting, decapping, centrifugation, intelligent sample routing, recapping, and automated sample retrieval remain in high demand, other functionalities are declining in the face of menu changes. “With broader menu capability in automated systems, the cost-versus-value justification for on-line aliquotting has markedly decreased in our served markets, which include laboratories running anywhere from 250 to 25,000 samples per day,” Allen says. He explains that demand for online refrigerated storage is decreasing as well, and offers an industry perspective on the growing trend toward flexibility and customization in automation systems

“The question today’s laboratory manager asks is not simply how good the product is, but how well the system optimizes operations in a lab’s unique environment,” Allen says. “Most laboratories find there are significant benefits gained from the implementation of automation, and those benefits are exponentially enhanced when the automation solution is effectively customized.” Research and development at Siemens Healthcare Diagnostics is centered on this principle. “We know we must deliver engineering design that is inherently flexible and customization friendly,” Allen offers. “Laboratories are looking for vendors with the ability to match the characteristics of the instruments and the automation line in ways that bring value. We specifically engineer automated tracks, sample managers, and analytical systems with inherent flexibility across a wide range of functionality and productivity needs, from hundreds of samples per hour to thousands per hour, and we are continually adding functionalities. The online sample integrity station we currently have in development is a good example.”

Use our search feature for the latest developments in Automation.

What’s the next big thing in automation? Allen makes a strong case for informatics. “Controlling the information flow is the next level in advanced automation,” Allen observes. “We are investing in the development of informatics solutions at Siemens that not only work hand in glove with system robotics, but provide intelligence that helps our customers deliver information to physicians faster and more efficiently.” Because Allen believes that workflow and information flow are closely linked, he envisions the future of automation as a powerful convergence of robotics and software. “It’s a much broader picture and one that moves clinical laboratories closer to process engineering, labor optimization, quality enhancements, and data integration that improve patient outcomes across the continuum of patient care.”

Gary Tufel is a contributing writer to CLP. 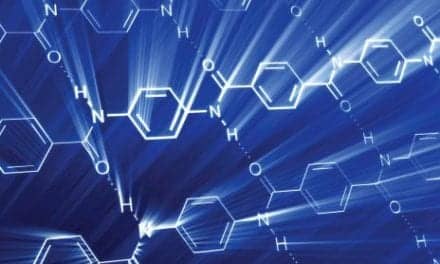