As a therapeutic target, miR-155 could potentially provide a new avenue of treatment when targeted with drugs to suppress its activity.

The study was published in an online issue of Oncogene in January.

MiR-155, which plays an important role in various physiological and pathological processes, is considered an indicator of poor prognosis for breast cancer patients when it is overexpressed. Controlling miR-155 expression could inhibit malignant growth, said the researchers.

“Our study shows that miR-155 is a driver of new blood vessel growth in tumors,” says study lead author Jin Q. Cheng, MD, PhD, senior member of the Cancer Biology and Evolution Program at Moffitt. “It also plays a critical role in metastasis, especially in triple-negative breast cancer. This makes miR-155 both a prognostic marker and a potential therapeutic drug target.”

According to the researchers, several studies show that miR-155 is frequently increased in various human malignancies, including breast, lung, pancreatic, and colon cancers. It also regulates a number of cell processes, including growth, survival, migration, and invasion. The study demonstrates that miR-155 promotes new blood vessel growth in breast cancer by targeting a natural tumor suppressor called VHL, part of an important cancer pathway for a cascade of events.

“Further studies could provide insight into the role of miR-155 in inflammation that leads to tumor progression,” noted the researchers, who found elevated miR-155 in triple-negative breast cancer, a form of breast cancer that does not express the genes for estrogen, progesterone, and human epidermal growth factor receptors.

“Our findings are important for a number of reasons,” Cheng says. “We have shown that miR-155 targets and downregulates the tumor suppressor VHL and that miR-155 contributes to tumor growth and spread. This makes miR-155 a critical therapeutic target in breast cancer.” 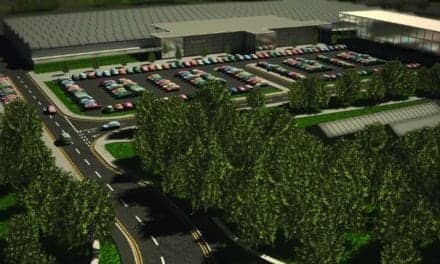