This test is intended for the qualitative and simultaneous detection of both BRAF V600E and V600K mutations in late stage metastatic melanoma tumor samples.

THxID-BRAF is a real-time PCR test that offers clinicians a standardized, reproducible, and clinically validated method to select patients with BRAF-mutant unresectable or metastatic melanoma that may be suitable for treatment with Tafinlar and Mekinist.

Easily integrated into the lab, it gives fast and accurate results for confident decisions.

The approval marks the result of a fruitful collaboration between GSK and bioMérieux. It was initiated in 2010, to develop a companion diagnostic test to detect BRAF V600E and V600K gene mutations found in several cancers, including melanoma. GSK and bioMérieux continue to collaborate on new uses of the THxID-BRAF assay.

As not all patients respond the same way to treatment, the discovery of the role of BRAF mutations in cancer now enables a more personalized approach to medicine. BRAF mutations have been identified at a high frequency in specific cancers, including approximately 50% to 60% of melanoma, making BRAF an excellent indicator when BRAF inhibitors and/or MEK inhibitors may be appropriate as treatment, according to the company. This new THxID-BRAF test brings high medical value by detecting both mutations simultaneously and providing clinicians with helpful indicators for a better understanding of the disease so they can target and personalize the therapy for patients who are more likely to benefit from it.

Melanoma is the most serious and deadly form of skin cancer. According to statistics from the American Cancer Society, in 2012, there were an estimated 76,250 new cases of melanoma and an estimated 9,180 deaths in the United States.

CDC Suggests Those Age 47-67 Get Tested for HCV 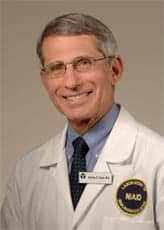