Hospital-Acquired Infections Are Deadly and Costly 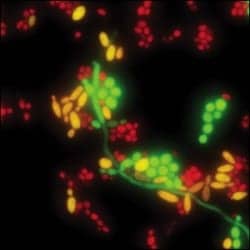 Health care-associated infections (HAIs)—acquired during the course of receiving treatment for other conditions—are one of the top 10 leading causes of death in the United States, according to the Centers for Disease Control and Prevention (CDC). According to an August 19, 2009, Web Conference by the Office of Public Health and Science, there were:

The conference also noted that the most common types of HAIs are:

In addition, Tobi Karchmer, MD, worldwide medical director, BD Diagnostics, San Jose, Calif, notes that for patient cases with an HAI, the average number of days in the hospital was 20.6 compared to 4.5 for cases without an HAI, according to the Pennsylvania Health Care Cost Containment Council.

And Terri Wolek, sales product manager, Bio-Rad Laboratories Inc, Hercules, Calif, says that staph bacteria are one of the most common causes of skin infection in the United States and are a common cause of pneumonia, surgical wound infections, and bloodstream infections.

Bio-Rad produces the MRSASelect™ test, a chromogenic medium used for rapid screening of methicillin-resistant Staphylococcus aureus (MRSA). Encouragingly, infections with MRSA have declined 28% in recent years, according to a new CDC study. Rates of “invasive” MRSA infections that had their onset in hospitals or other health care facilities declined an average 9% annually from 2005 through 2008, according to a study published in the August 11 issue of the Journal of the American Medical Association. 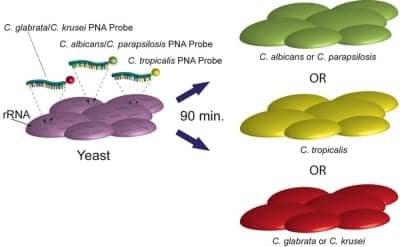 Fluorescence-tagged PNA probes specific for ribosomal RNA (rRNA) in the targeted Candida organism enter the cell, hybridize to the rRNA, and light up the cell so the technologist can see it under the fluorescence microscope.

The MRSASelect test enables laboratories to speed up the identification of carriers. It is performed on nasal specimens from patients and health care workers to screen for MRSA colonization.

Testing for MRSA varies from state to state. “Each state has its own set of regulations pertaining to MRSA surveillance and even specimen types. There are also mandates by individual hospitals’ infectious control departments on when and how to test patients and health care workers,” Wolek says. Karchmer notes that there are currently 15 states that have enacted MRSA legislation that requires mandatory reporting and/or screening for MRSA.

Specimen collection for the Bio-Rad MRSASelect test is done by placing a swab in a nasal cavity or on a skin lesion. The swab is then inoculated on the MRSASelect plate or placed in 0.5 mL sterile saline Vortex for approximately 20 seconds, and the suspension is transferred onto the MRSASelect plate and streaked for isolation. The plates are read within 18 to 28 hours of the incubation time frame. MRSA will appear as small pink colonies, and positive results do not require confirmatory tests.

Another MRSA assay, BD Diagnostics’ BD GeneOhm™, is performed on nasal specimens. Both the GeneOhm MRSA assay and the BD GeneOhm C. difficile (C. diff ) assay are performed by hospital and reference labs. It takes approximately 2 hours to report a result. Liquid or soft stool is added to sample buffer and processed to generate a lysate. Lysate combined with Master Mix is placed in a Smartcycler instrument in which real-time PCR followed by detection of the toxin B gene is performed. Definitive results are reported on screen and in a run report.

C. difficile Challenging MRSA as Most Prevalent HAI in the US

A recent study published by the Association for Professionals in Infection Control and Epidemiology found that on any given day more than 7,000 patients in the United States are suffering from C. diff, resulting in approximately 300 deaths. The disease, which can range from mild to severe diarrhea, pseudomembranous colitis, toxic megacolon, and sepsis to death, is costing American health care institutions up to $51.5 million per day.

Karchmer says Candidemia, a bloodstream infection caused by the Candida species, is another of the most serious HAIs, afflicting more than 24,000 patients in the United States every year. Immunocompromised transplantation, oncology, and AIDS patients are especially at risk for contracting the infection, with mortality rates as high as 50%. Another study reported that weekly surveillance cultures using rectal swabs obtained from inpatients in their hospital revealed that more than 20% of patients who remained in the facility longer than 1 week and up to 9 weeks became colonized with C. diff.

Lack of an accurate and rapid diagnostic test for C. diff has impeded the ability to halt the increasing C. diff rate. The Xpert® C. difficile test from Cepheid, Sunnyvale, Calif—the fourth in the company’s expanding menu of on-demand HAI products—is an FDA-cleared on-demand molecular test designed for 45-minute detection of the bacterium that causes C. diff. David Persing, MD, PhD, Cepheid chief medical and technology officer, says C. diff transmission is facilitated by the surface-to-person and person-to-person contact of the hospital setting even more so than MRSA is. C. diff spores are resistant to attempts to eliminate them, leading to contamination of many areas of a hospital setting, including rooms, hallways, and even computer keyboards used by hospital personnel.

The Cepheid Xpert C. difficile test is done symptomatically, Persing says; that is, if a patient who has been in a hospital for a few days develops diarrhea, that triggers an investigation for C. diff. Patients who have three diarrhea episodes in a 24-hour period are tested, and most do have the C. diff bacteria, he says. Because time is of the essence in testing for C. diff, “we wanted to keep (the assay) as simple as possible,” Persing says.

To perform it, a swab is dipped into the specimen and excess liquid is removed; the specimen is then placed into a sample screwcap vial, twirled for a few seconds on a vortex, and transferred into a cartridge. “It’s much simpler than those assays with multi-transfers. The loaded cartridge can be plugged into any available module and provides results in 45 minutes,” Persing says.

Persing notes that the assay can be performed in any lab in any hospital, large or small, by lab techs at any time. And testing can be done on demand, not in batches. On demand is vital for rapid turnaround, eliminating the wait for batching and allowing for testing even at inconvenient times, including the middle of the night when diarrhea can often occur in patients.

The BD GeneOhm™ C. diff assay is also performed on stool samples from symptomatic patients suspected of C. diff, Karchmer says. Testing for CDI is not driven by state-level legislation, but New Society for Healthcare Epidemiology of America/Infectious Diseases Society of America guidelines (published in March 2010) state that enzyme immunoassay (EIA) testing is suboptimal, “so we anticipate that most labs will seek to replace their EIA tests with new technologies such as toxin B gene polymerase chain reaction (PCR) tests. The toxin B gene is targeted because Toxin B it is known to be the essential virulence factor for CDI.”

In July, AdvanDx, Woburn, Mass, received FDA 510(k) clearance for a fast, 90-minute protocol for its Yeast Traffic Light® PNA FISH® test. According to Joen T. Johansen, AdvanDx’s director of marketing, patients most at risk for contracting Candidemia include those with already-weakened immune systems, such as AIDS and cancer patients. Candidemia can come from such sources as catheters, urinary tract infections, surgery, and other areas that impact the bloodstream.

While identification of the infecting Candida species is used to guide effective antifungal therapy, conventional methods can take up to 5 days or longer. Therefore, patients are treated empirically either with fluconazole, a relatively inexpensive, generic antifungal agent, or with an echinocandin, a new class of antifungal drugs that have broad activity against Candida species but are also substantially more expensive. As a result, patients often receive inappropriate, inadequate, or sometimes unnecessarily broad therapy.

The new PNA FISH assay is performed on patients who present with such indications of infection as fever, low white blood cell counts, or racing heartbeats. AdvanDx’s new assay reduces the waiting time from up to 5 days to 90 minutes and is the only FDA-cleared method that can identify, in a single test, up to five Candida species directly from positive blood cultures.

The assay uses molecular probes to light up the cells, Johansen says. “The lights are color-coded: The green cells are either C. albicans or C. parapsilosis, that are usually susceptible to fluconazole; the yellow cells are C. tropicalis, where clinicians may prescribe a higher dose of fluconazole; and the red cells are either C. glabrata or C. krusei, that are very often resistant to fluconazole and where you need to use a newer, brand-name antifungal drug in the echinocandin class such as anidulafungin (Eraxis, Pfizer), caspofungin (Cancidas, Merck), or micafungin (Mycamine, Astellas),” he says.

At Thermo Fisher Scientific, Middletown, Va, the HAI focus is on Procalcitonin (PCT), a proprietary biomarker used in the diagnosis and treatment of sepsis, a potentially life-threatening condition in which the body undergoes a systemic inflammatory response to an overwhelming infection. The assay, which received FDA clearance in April 2008, detects the production of Procalcitonin, a pro-hormone produced in almost all organ systems of the body in cases of systemic bacterial infection, says Dana Connors, marketing communications manager for US biomarkers, Thermo Fisher Scientific. A rapid blood test, quickly performed in the lab, can find quantities of the pro-hormone in cases of systemic bacterial infection that indicates progression to severe sepsis and septic shock, he says.

This is critical, because in the United States, approximately 750,000 cases of severe sepsis occur every year, in which one-third are fatal. In addition, about $16.7 billion is spent on these patients, Connors says, and there’s another factor driving the push to eliminate HAIs: Their costs are not reimbursable.

In healthy patients, a very low level of Procalcitonin is normal. But a systemic infection due to surgical complications, other invasive procedures, or bacterial exposure can cause the body to produce it in greater quantity—an indicator that something is wrong, Connors says. Culprits like lower respiratory tract, abdominal, and other infections can quickly lead to septic shock, so identifying and treating bacterial sepsis in its early stages is vital.

A patient with a severe abdominal infection may show an elevated PCT count, for example. A hospital procedure would initially be followed by a PCT reduction, but if it spikes during recovery, this can indicate a new infection that is necessarily hospital-acquired.

Thermo Fisher’s PCT assay is a rapid identifier of infection. A simple 50-µL blood draw is needed using green-, red-, or purple-topped vials. Turnaround time is a mere 19 minutes, Connors says, and results get to doctors within an hour—unless the assay is performed in a smaller hospital that batches its tests or, as some do, sends them to reference labs. “But for most patients, it’s really beneficial to run the assay right in the hospital. It’s simple to run, and time is of the essence because sepsis is highly lethal and patients progress rapidly; infected patients can die within 48 hours.

To keep on top of HIAs, bookmark this website.

“HAIs are a big issue for hospitals and government agencies, and the prevalence is really rising,” Connors continues. He notes that PCT is one of the tools that will be quite helpful in the future. It is gaining widespread acceptance in the United States, but it has been used in Europe for about 10 years and is often considered standard of care there, he says. PCT is not currently mandated for use in the United States but is sometimes bundled in guidelines from such organizations as the Infectious Diseases Society of America and the American College of Critical Care Medicine. 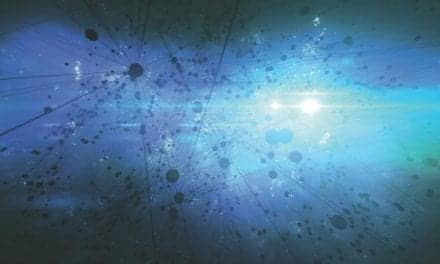 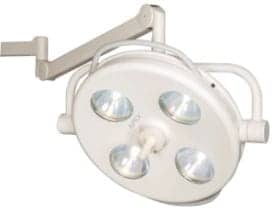 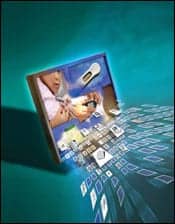