Diana W. Bianchi, MDNew prenatal tests can give some parents piece of mind – sooner and with greater accuracy and less risk of miscarriage than current tests – that the baby they’re expecting doesn’t have a disorder.

The new tests, which use fetal DNA suspended in the mother’s blood, can test for chromosomal disorders such as Down syndrome (trisomy 21) and trisomy 18, and Rh blood incompatibility. They also can determine fetal gender, which allows health care providers to screen for disorders carried on the X chromosome, such as hemophilia.

These medical advances are raising questions that expecting parents may feel ill-equipped to answer. They also raise new concerns about the ability of the medical field to counsel new parents and explain what the tests can reasonably predict and what they can’t.

Two experts will address these issue: Diana W. Bianchi, MD, executive director, Mother Infant Research Institute at Tufts Medical Center and a professor of pediatrics and obstetrics and gynecology at Tufts University School of Medicine, Boston, will explain what the cell-free DNA tests are, how they differ from existing prenatal screens and tests, as well as their effectiveness. Lee P. Shulman, MD, a professor of obstetrics and gynecology and director of the Northwestern Ovarian Cancer Early Detection and Prevention Program at the Feinberg School of Medicine of Northwestern University, Chicago, will focus on consumer education about cell-free fetal DNA tests and explore questions parents should ask before and after such testing.

Lee P. Shulman, MDDuring pregnancy, fetal cells and cell-free fetal genetic material circulate in the mother’s bloodstream.  This DNA can be used to screen for certain genetic disorders without having to perform invasive procedures such as amniocentesis or CVS (chorionic villus sampling).

Cell-free DNA methods of screening are a new option.

“The introduction of new prenatal screening tests that evaluate cell-free nucleic acids in maternal blood represents a profound improvement in our ability to identify women at increased risk for carrying fetuses with the most common chromosome abnormalities,” Shulman says. “Still, this technology represents a limited screening protocol and should not serve as a substitute for diagnostic tests such as chorionic villus sampling and amniocentesis, which provide the most accurate and comprehensive assessment by the direct analysis of fetal tissue.” 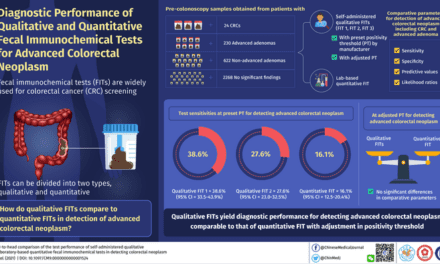 A Look at Internet Recruiting for Lab Professionals