Liver Diagnostics: Too Little, Too Late 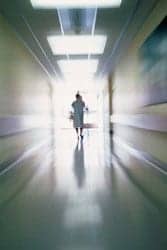 Liver disease is on the rise, affecting one out of every 10 Americans. According to the Liver Disease Foundation, New York, a diseased liver can pose significant problems because this organ is responsible for more than 5,000 functions a minute.1 As the liver deteriorates, it loses its ability to function. Fibrosis and scarring are difficult, if not impossible, to reverse.

Diagnosing and treating liver disease early is important in reducing deterioration. Standard liver tests can indicate a problem, but further diagnostics are needed to differentiate the actual condition, prognosis, and therapy required.

Often, a final diagnosis is rendered only after a liver biopsy, which can provide information about the disease and its degree of progression. But while it is the gold standard, a liver biopsy is invasive and may not always represent the entire liver. It may not even be able to diagnose all conditions.

“If a patient has hepatitis C, a liver biopsy may not scream hepatitis C. That will come from the blood tests,” says Fredric Gordon, MD, medical director of liver transplantation at the Lahey Clinic in Burlington, Mass.

Liver experts would like to see diagnostics that can differentiate disease and/or indicate progression more accurately and less invasively. They cite fibrosis, cirrhosis, and cancer as areas where new diagnostics are most needed, but less frequent conditions, such as Wilson’s disease, could also benefit.

Some existing tests, such as LabCorp’s FibroSure (which measures fibrosis), are filling in gaps, but still do not provide a complete picture; others, such as des-y-carboxy prothrombin, which may detect cancer, seem promising but are only in the early stages of development.

“The noninvasive tests look promising, but can’t substitute for liver biopsy at the present time. We need to get the quirks out first so that we can differentiate middle stages of disease, rather than just the ends,” says Melissa Palmer, MD, a hepatologist in private practice, Plainview, NY, and author of Dr. Melissa Palmer’s Guide to Hepatitis and Liver Disease.

In the early stages, liver diseases may be asymptomatic. The first indication something is wrong could come from the standard tests run during a routine physical exam. The Comprehensive Medical Panel, which has been standardized in the United States, typically comprises 14 tests designed to provide information about the patient’s blood sugar, blood proteins, kidneys, liver, and electrolyte and acid/base balance.

Specific liver tests include those for the liver enzymes alkaline phosphatase (ALP), alanine amino transferase (ALT), and aspartate amino transferase (AST), as well as bilirubin, a waste product of the liver. In addition to being run as panels, point-of-care devices can run these specific tests for even faster results.

The Cholestech LDX System from Cholestech, Hayward, Calif, can provide a full lipid profile and liver enzyme information; turnaround is 5 minutes for each cassette.

The Piccolo Xpress from Abaxis, Union City, Calif, has a number of reagent packs that include liver tests, such as the comprehensive metabolic panel and hepatic panel,with results delivered in 12 minutes.

Elevated enzyme levels and other abnormal results can indicate a problem with the liver, but further investigation is needed before a diagnosis can be confirmed. “Most patients have normal liver tests, so a basic ALT and AST are enough to tell us we need to look at something,” says Gordon. However, he also notes that a liver problem may not always exist. Elevated enzymes can indicate use of antibiotics, as in patients taking amoxicillin, or extreme exercise, as in marathoners, Gordon says.

Sometimes a combination of test results can indicate a problem, such as hepatitis C. “Cirrhosis can be determined with a high degree of accuracy using a combination of tests,” says Palmer. But in most other cases, a liver biopsy is needed to provide final confirmation.

While it is the gold standard, it is not necessarily the best test. “The liver biopsy is expensive and somewhat risky. Although we perform them commonly, we would like to get away from them,” says Adrian M Di Bisceglie, MD, chief of hepatology at Saint Louis University in St Louis.

Eventually, for survival, a patient with a diseased liver who hasn’t had early treatment may need to undergo a liver transplant.

The United Network for Organ Sharing, Richmond, Va, reported 6,650 liver transplants in 2006. This figure has risen steadily since 1988, when 1,713 liver transplants were performed. While the procedure has become less risky over time, finding a donated liver is still a challenge. Currently, the organization reports 16,598 candidates on the waiting list for liver transplants.

Because the liver is so large, the sampled tissue does not always provide an accurate picture of what is happening throughout the entire organ. And because the procedure is invasive, patients and physicians shy away from it. If a patient needs to be monitored for disease progression, the physician may choose to perform a biopsy every few years, perhaps at intervals as long as 5 years, pending the patient prognosis.

A noninvasive blood test could be run more frequently, even annually, to provide closer monitoring with potentially better outcomes. “Is the patient in imminent danger, or can therapy be deferred?” asks Hawazin Faruki, DrPH, an infectious disease specialist with Laboratory Corp of America (LabCorp), Burlington, NC.

Ideally, blood tests will differentiate the varying stages of liver disease. According to the Metavir scale, there are five stages of progression, F0 through F4. F0 represents a normal liver with no scarring, and F4 is cirrhosis. In between lies fibrosis, the gradual scarring of the liver in response to damage from infections, toxins, and other causes.

The ability to differentiate among these levels is often key to determining a patient’s diagnosis and treatment path. “For instance, having a diagnostic test to determine the stage of liver disease is crucial to determining the urgency of starting patients with hepatitis C on interferon,” Palmer says.

Interferon can prevent the scarring of the liver, slowing deterioration in responsive patients. Some studies suggest its use is maximized at earlier stages. However, because of side effects that can include flu-like symptoms, fatigue, thyroid disease, and/or depression, patients often wish to delay treatment until absolutely necessary. To determine this, physicians want to know when a patient is progressing from stage 1 to stage 2. Such a diagnostic would permit more frequent monitoring of patients and greater accuracy, potentially leading to more precise treatment decisions that improve the patient’s outcome.

Currently, however, only the liver biopsy defines these intermediate stages of disease well. “We have a hard time sorting out mild versus inflammation and fibrosis going into cirrhosis,” Di Bisceglie says.

Faruki suggests that liver biopsies are equally nebulous, in the intermediate stages, given sampling error and pathologist subjectivity. But even if the blood tests are only able to differentiate the extremes, they remain clinically useful.

“These tests give the physician an alternative before going straight to a liver biopsy, and are sensitive to changes associated with disease progression and/or response to therapy. They provide a means for more frequent monitoring as compared to a biopsy,” Faruki says.

LabCorp licenses the FibroSure test from BioPredictive, SAS, a company based in Paris that focuses on the development of noninvasive liver diagnostics. FibroSure is not approved by the FDA but is available as a LabCorp offering. Turnaround is roughly 7 days, Faruki says.

She suggests that the tests’ flaws may not be solely a reflection of the biomarkers but rather of the imprecision in a liver biopsy. “[A liver biopsy] actually samples only about one fifty-thousandth of the liver. A combination of biochemical markers may give a more comprehensive view.”

Even so, Di Bisceglie says that most liver specialists do not find that tests such as FibroSure provide enough sensitivity or specificity, and their application to other diseases has not yet been fully proven. But research and development are under way.

NASH, which can be tied to obesity, is a more common condition in the United States today. “It’s estimated that as much as 20% of the US population has fatty liver disease of one type or another,” Di Bisceglie says. As with the majority of liver conditions, elevated liver enzymes can indicate a problem with NASH, but additional tests are needed to identify its severity.

Liver cancer can be equally difficult to diagnose. Liver cancer may develop on its own or may occur as the result of another condition, such as hepatitis C, which has been shown to increase the risk of hepatocellular carcinoma. Physicians can monitor its progression with an ultrasound exam every 6 to 12 months, but Di Bisceglie prefers a blood test.

“Alpha fetoprotein gets the diagnosis wrong about 30% of the time. The AFP L3% test is a little more specific, but has not yet made its way into the world,” Gordon says, referring to a lack of awareness in the medical community and a lack of reimbursement from payers.

An alternative may lie in des-y-carboxy prothrombin (DCP), a protein precursor of prothrombin and a possible biomarker for early-stage liver cancer. According to the Mayo Clinic, Rochester, Minn, early studies have shown that DCP is more specific and sensitive than AFP for predicting the diagnosis of liver cancer, with close to 90% accuracy . Currently, a study is under way to validate these findings.

According to Jorge A Marrero, MD, associate professor of medicine and director of the liver tumor program at the University of Michigan, Ann Arbor, the university is one of seven centers in the United States participating in a larger study; the Mayo Clinic is another.

“We want to know how good DCP is at detecting early-stage liver cancer,” Marrero says. Marrero would like to see the biomarker become to liver cancer what the mammogram has become to breast cancer—“a red flag.” The early warning can mean the diagnostic avoids offering too little, too late.

Renee Diiulio is a contributing writer to CLP. 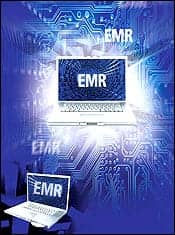