An iron-deficiency test that has been around for 12 years and has been used in limited commercial applications is emerging as an effective screening test for identifying inadequate iron levels in infants before that condition can impede their development and cause serious damage. While lack of iron is responsible for a wide range of problems in fully developed adults—such as fatigue, brittle nails, and even hair loss—lack of iron can cause serious problems in developing infants. Neurocognitive impairment is among the most serious consequences of iron deficiency.

Bayer HealthCare developed and introduced the proprietary reticulocyte hemoglobin content test (CHr) in 1993. A recent study, conducted at Children’s Hospital Boston, first reported on the use of CHr in a clinical setting for testing otherwise healthy infants for iron deficiency. In the past, the test was used with adults and hemodialysis patients. A recent edition of the Journal of the American Medical Association (JAMA) included a detailed article about the study.1

Lack of iron is the most common and most treatable nutritional deficiency in the world. The condition affects about 1 of every 10 infants in the United States between the ages of 12 and 24 months. Under current guidelines, children are first screened with the hemoglobin test at 9 to 12 months of age. However, iron deficiency can exist for some time before causing anemia. Other tests can diagnose iron deficiency in the absence of anemia, but they are impractical for routine clinical screening. Thus, current screening practices miss iron deficiency in nonanemic infants in whom adverse consequences may be developing.

Iron deficiency can occur when iron-enriched blood is lost or a person’s intake of iron is inadequate. Red blood cells are produced in the bone marrow, and they have a 4-month life expectancy. The presence of iron, along with vitamin B12 and folic acid, are critical to the body’s production of red blood cells.

In the Boston Children’s Hospital study, blood samples from 200 otherwise healthy infants between the ages of 9 months and 12 months were tested using the new Bayer CHr test as well as the traditional hemoglobin test. A transferrin-saturation test, which is the “gold standard” test for iron deficiency but which is impractical for routine screening applications for large patient populations, was also used. Bayer provided reagents and funding for the study.

“There is mounting evidence that iron deficiency in infants can cause permanent neurocognitive deficits, even before it has progressed to the point of causing anemia,” says lead study investigator Christina Ullrich, MD, a fellow in pediatric hematology and oncology at Children’s Hospital Boston and the Dana-Farber Cancer Institute. “The ability of the CHr test to identify more infants at an earlier stage of iron deficiency makes it a better choice for screening than the current hemoglobin test.”

Ullrich says the traditional hemoglobin screening test’s relatively poor sensitivity for iron deficiency has a simple explanation. Hemoglobin is derived from the entire population of red blood cells. Because the lifespan of a red blood cell is about 120 days, and red blood cells do not acquire more iron once they have exited the bone marrow where production occurs, iron deficiency must be present for some time for it to be manifested by a fall in overall hemoglobin, she says.

“Because CHr is based on only the reticulocytes—the youngest red blood cells in the circulation, which have left the bone marrow in the past 24 to 28 hours—it will detect developing iron deficiency before the common hemoglobin test can,” Ullrich says.

“Our study demonstrates that the CHr test is a more sensitive test than Hb in detecting iron deficiency in the 9- to 12-month age group,” Ullrich continues. “CHr detected 83 percent of cases of iron deficiency, whereas Hb detected only 26 percent, when iron deficiency is defined by transferrin saturation, which is below 10 percent.”

Ullrich says the usefulness of the CHr test in identifying iron deficiency was suggested earlier in a retrospective analysis of CHr conducted by another team of researchers. That analysis, though not used clinically, suggested CHr was the strongest predictor of iron-deficiency anemia in children compared with biochemical parameters used to estimate iron stores (ferritin, soluble transferrin receptor, and zinc protoporphyrin) and hematological parameters (mean corpuscular volume, mean corpuscular hemoglobin, and red-blood-cell-distribution width). “Other studies have demonstrated that the hematocrit, which, like Hb, is based on the entire red-blood-cell population, has a poor sensitivity when used to screen for iron deficiency,” Ullrich says.

“Our findings are important because, while iron deficiency can be readily treated, practitioners haven’t had a simple, reliable, and practical screening test to detect it early enough. Now they might,” says Henry Bernstein, DO, who served as principal investigator of the Children’s Hospital Boston study. Bernstein recently assumed the position of chief, general academic pediatrics, at Dartmouth Hitchcock Medical Center in New Hampshire.

The study shows CHr can be used to detect iron deficiency sooner and more accurately than the standard hemoglobin screening, Bernstein says. “Once confirmed in larger, multicenter studies, these findings could change our preferred screening practices for the early detection of iron deficiency,” he says. The CHr test, he points out, is simple, requires no extra tubes of blood to be drawn, and involves no additional cost.

Lack of iron in the blood moves through three distinct stages. In initial stages, the body’s stores of iron are depleted. In the second stage, the iron deficiency reduces the level of hemoglobin synthesis. In the final stage, iron deficiency pushes red-blood-cell hemoglobin below normal age-adjusted levels and results in cell anemia. Because they grow rapidly, infants and toddlers have an increased need for iron and a variable dietary intake, and they are especially vulnerable to iron deficiency. Treatments often include the use of iron supplements and changes in diet.

According to Pat Frank, director of Marketing Hematology at Bayer HealthCare Diagnostics Division, the Children’s Hospital study was the first to directly compare the CHr test with the standard hemoglobin test as an effective screen for iron deficiency in infants. Initially, Bayer offered the test as an investigational-use-only parameter.

In 1997, the CHr assay earned 510(k) clearance from the US Food and Drug Administration for use on Bayer’s ADVIA® 120 and ADVIA 2120. A CPT code followed shortly thereafter. Compared to standard anemia tests, the CHr assay provides labs with a number of important advantages. First, Frank says, CHr is the only assay that is predictive. It offers the ability to identify iron-deficient children before they become anemic. Cost is another advantage, she says. CHr is a more cost-efficient test for iron deficiency because it is the only one available on routine blood screening as part of a complete blood count (CBC). Since no additional blood or testing is needed, sample volume and costs are minimized. The test remains stable and robust even when transported. Finally, the Bayer ADVIA 120/2120 hematology systems produce test results in minutes.

The CHr assay provides clinicians with a simple, fast way to identify anemia and offers accurate morphology screening on a variety of patient populations. Analysis of reticulocyte hemoglobin gives clinicians a snapshot of the bone marrow’s iron status at the time the reticulocytes were produced. Rather than measure the hemoglobin content of mature cells, the CHr screening measures immature red cells.

Bayer’s tests for CHr and percentage of hypochromic red blood cells are also used to monitor iron therapies in kidney-dialysis patients. These clinically relevant tests are included in the European Guidelines for Anemia Management in Kidney Dialysis Patients. “In addition to clinical-setting uses,” Frank says, “CHr testing is used around the world to screen athletes competing in endurance events for unexplained increases in red cell count—a possible sign of blood doping.

“As with the CSF assay, peroxidase staining, and two-dimensional platelets, CHr is another example of Bayer’s innovation in hematology,” Frank says. 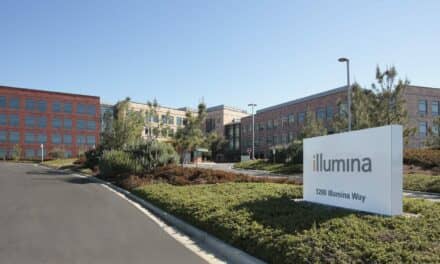 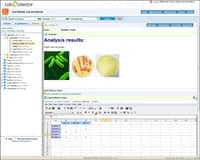