“The Top Five list would be a prescription for how, within that specialty, the most money could be saved most quickly without depriving any patient of meaningful medical benefit.”1
—Howard Brody, MD, PhD

When Howard Brody, MD, PhD, urged physicians within each medical specialty society to identify the top five tests that physicians and patients should question in 2010, he sparked the goal underlying the Choosing Wisely campaign. Choosing Wisely aims to promote conversations between physicians and patients about utilizing the most appropriate tests and treatments, and avoiding care whose harm may outweigh the benefits. A multiyear effort from the American Board of Internal Medicine (ABIM) Foundation, Choosing Wisely supports and engages physicians to become better stewards of finite health care resources.
Currently, health care delivery in the United States contains practices that may provide little, if any, benefit to patients. According to a recent report from the Institutes of Medicine, as much as 30% of US health care is duplicative or unnecessary.2 When health care resources are wasted, it threatens the nation’s ability to deliver the highest quality of care possible to all patients.
Pathologists need to play a leadership role in addressing these challenges. Like all physicians, pathologists have the ethical responsibility to place the interests of their patients above anything else when providing care. That’s why the American Society for Clinical Pathology (ASCP), Chicago, which represents more than 100,000 pathologists and laboratory professionals, joined the Choosing Wisely campaign in 2012 and announced its five initial tests on February 21, 2013.

It is critical that pathologists and laboratory professionals contribute to improving patient care and reducing the high cost of health care in the United States. Unnecessary testing may lead to inappropriate treatment decisions and consume unnecessary resources. The primary goal of the initiative is to avoid negative consequences associated with the overuse of medical services.
More money is spent per capita on health care in the United States than in any other country worldwide, and health care expenditures will account for 19.8% of the nation’s gross domestic product by 2020 if current spending trends remain unchanged.3 Worst of all, patients in the United States may have the most expensive care, but despite this investment, health outcomes are not the best in the world.

According to a 2010 report from the Commonwealth Fund, the United States health system ranked last overall compared to these six other industrialized countries—Australia, Canada, Germany, the Netherlands, New Zealand, and the United Kingdom. The Commonwealth Fund report measured the nations’ health system performance in five areas: quality, efficiency, access to care, equity, and the ability to lead long, healthy, productive lives.
The United States spent $7,290 per capita compared to $3,737 spent per capita in the Netherlands, which ranked first among the seven in the Commonwealth Fund report. The level of spending in the United States threatens the sustainability of public health programs, such as Medicare and Medicaid, strains the budgets of families and businesses that struggle to cover the costs of health care, and undermines the nation’s ability to solve ongoing economic challenges. While Choosing Wisely is aimed at reducing care that provides no benefit by encouraging physician and patient conversations, making these wise choices now may help mitigate more difficult decisions about how care is delivered in the future.
One of the five tests ASCP reviewers selected concerns avoiding preoperative testing for low-risk patients. For example, if a healthy patient with no indication of problems is having a bunion removed, the physician does not need to check the patient’s coagulation, cholesterol, and blood counts in the absence of a history that would make this important. Not everybody needs to have their vitamin D levels tested (see first test listed below). But as discussed below, there are many situations where vitamin D testing is helpful. The patient and physician together must evaluate the patient’s clinical situation, accounting for other factors that influence risk for vitamin D deficiency, such as the patient’s complexion and degree of sun exposure.
As these laboratory test recommendations are unveiled, the next step is for pathologists and laboratory professionals to educate clinicians and patients about when patients need these five medical laboratory tests and when they do not. Most are needed in select situations; others on the list are never needed. Additionally, laboratory tests are usually so reliable that physicians and patients do not realize they have limitations. By becoming consultants to clinicians and patients, pathologists and laboratory professionals can improve the diagnostic value of laboratory tests while preventing the misuse of resources.

The ASCP list of five initial tests that physicians and patients should question was spearheaded by the Society’s Institute Advisory Committee. The review panel examined hundreds of options based on both the practice of pathology and evidence available through an extensive review of the literature. Cost was not the primary concern in selecting these five tests. However, these initial five recommendations, if instituted, would result in higher-quality care, lower costs, and more effective use of our laboratory resources and personnel. Given the breadth of our practice, this is just an initial list. There are many other services that could be more appropriately used with the input of pathologists and laboratory professionals. 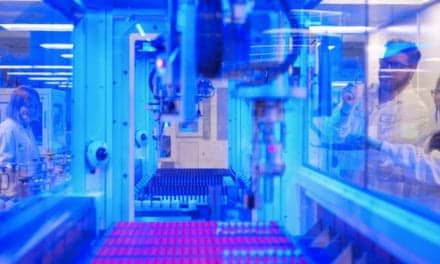