A study of more than 33,000 women published in the June issue of the Journal of the National Cancer Institute found that testing for high-risk types of the human papillomavirus (HPV) is a significantly more sensitive tool for cervical cancer screening than either conventional or liquid-based cytology (Pap testing). The study, which used Digene Corp’s Hybrid Capture 2 High-Risk HPV DNA Test® (also called The Digene® HPV Test), was funded in part by the European Union and the Italian Ministry of Health.

“HPV testing for high-risk types [of the virus] was more sensitive than both conventional (by approximately 40%) and liquid-based (by approximately 30%) cytology,” concluded the study authors, led by Guglielmo Ronco of the Unit for Cancer Epidemiology, Centro per la Prevenzione Oncologica in Turin, Italy.  The analysis of preliminary results from the New Technologies for Cervical Cancer Screening (NTCC) Study, which was conducted at nine organized cervical cancer-screening programs throughout Italy, included more than 33,000 women age 35 and older.

Upon reviewing the study results, Mark S. DeFrancesco, MD, chief medical officer of Women’s Health Connecticut, says, "These findings are important for physicians and payers when deciding how to integrate the coming new HPV vaccine into actual practice. Clearly, HPV testing remains an important component of cervical cancer screening. Since the vaccine will not provide complete or immediate protection, or perhaps even be appropriate for every woman, screening will continue to be critical for the foreseeable future. The combination of an HPV vaccine program long-term, and continued screening with Pap and HPV testing appears to be the most practical and effective approach to cervical cancer prevention."

Digene markets the only FDA-approved and CE-marked test for high-risk HPV, a virus that causes virtually all cases of cervical cancer. In the United States, The Digene HPV Test is approved for use along with the Pap to screen women age 30 and older, the group most at risk for developing cervical cancer.

“This is a milestone study in that it is the first randomized, controlled study to compare HPV DNA testing to both conventional and liquid-based cytology,” says Attila T. Lorincz, PhD, Digene’s  chief scientific officer and senior vice president of research and development.  “It strongly reinforces results from earlier, smaller screening studies showing that the use of HPV testing as part of cervical cancer screening significantly increases our confidence that no woman at risk of malignancy will go undetected.” 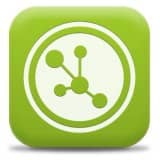 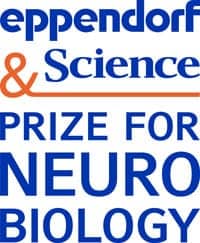