Each year, millions of Americans experience the annoying and familiar symptoms—runny nose, sneezing, cough, itchy eyes, wheezing, and congestion. Suspected and diagnosed allergies account for more than 17 million physician appointments, 30,000 emergency department visits, and several hundred deaths each year in the United States. For patients with asthma or other respiratory diseases, allergies can ratchet up symptoms, resulting in serious exacerbations. Allergic diseases represent a major public health problem in homes, schools, and the workplace, especially as the incidence of allergic diseases is increasing.

Technological innovations are also changing the way allergies are diagnosed. Interested in better understanding the population effects and testing trends in allergies and asthma, Quest Diagnostics, Madison, NJ, analyzed its national allergy testing data, based on ImmunoCAP® specific IgE allergy blood test results. The report, titled “Allergies Across America™,” provides novel insights into allergies and asthma, and how a product such as ImmunoCAP is affecting clinical practice.

Key Findings of “Allergies Across America,” the Largest Study of Allergy Testing in the United States

Quest Diagnostics draws on a database of deidentified testing based on more than 1.5 billion patient encounters since January 2000 to produce national health analyses for peer review publication and the general public. These “Quest Diagnostics Health Trends™” reports evaluate the impact of chronic diseases, such as cardiovascular disease, gestational diabetes, and hypothyroidism, and other conditions affecting large numbers of Americans.

The report examined the effect of allergies on a uniquely massive scale by analyzing nearly 13.9 million test results from 2 million patient encounters over a 4-year period. “It is by far the largest study of allergy testing in the United States, and provides the basis for better understanding the health impact of allergies and asthma across both genders and all age groups in this country,” says study coinvestigator Harvey W. Kaufman, MD, MBA, FCAP, senior medical director, Quest Diagnostics.

The scope of the report eclipses both the National Health and Nutrition Examination Survey (NHANES 1988-1994) III study of skin prick testing and the NHANES (2005-2006) study of ImmunoCAP, which had 10,508 and 8,203 general population participants, respectively. The Quest database represented men and women, from birth to age 70, in every US state and the District of Columbia. Clinical data were not individually identified. Testing was conducted with the ImmunoCAP-specific immunoglobulin (IgE) blood test from the ImmunoDiagnostics business of Thermo Fisher Scientific (formerly Phadia).

Figure 5. Comparision of IGE Sensitization Rates and Relative Risk for Patients with and without Reported Asthma.

ImmunoCAP conforms to the World Health Organization 75/502 IgE standard and to the National Committee for Clinical Laboratory Standards (NCCLS) protocol for defining the limit of quantitation and the limit of detection. The assay was evaluated in a well-controlled study comparing the accuracy and precision of IgE blood tests on 26 masked serum samples sent to six laboratories using five testing procedures for 17 aeroallergens.

As a long-time user of the ImmunoCAP IgE method in its laboratories, Quest Diagnostics has developed considerable expertise with the blood-based method. For the report, the investigators examined sensitization rates for patients tested to one or more of 11 common allergens: five foods (egg white, milk, peanut, soybean, and wheat), common ragweed, mold, two types of house dust mites (Dermatophagoides pteronyssinus and D. farinae), cat epithelia, and dog dander. Results from ImmunoCAP are reported as a quantitative score in kilounits of allergen-specific antibody per liter.

The findings from the report confirmed some trends that were common knowledge among allergy experts, but also yielded surprises (See Table 1, for the main findings of the report). “We knew that the overall incidence of allergy was increasing (Figure 1), but it was surprising to find a 14.8% increase in sensitization to common ragweed and an 11.6% increase to mold over the 4-year period we examined for the study (Figure 2),” Kaufman says. “This result is consistent with other research suggesting that climate change has contributed to an increase in ragweed and other environmental allergens. A longer ragweed season likely accounts for the more widespread sensitization.” The increase in mold sensitization did not surprise Reinhardt, who calls mold an “underappreciated allergen, especially for patients with asthma.”

As expected, regional sensitization rates for ragweed and house dust mites varied, but mold sensitization did not vary significantly across regions. No part of the country escaped the presence of these common allergens, however (Figures 3a and 3b, page 10). The highest overall rates of sensitization occurred in Dallas, Phoenix, Baltimore, Washington, DC, and Boston metropolitan areas.

Another novel finding was that men had higher overall sensitization rates at all ages than women. “Previous studies indicated that adult allergies are more common among women,” Kaufman says, “so this finding requires more study.”

“For skeptics who doubted the allergy march, this huge database substantiates observations from other population studies,” Reinhardt says. “Awareness of the natural history of sensitization can promote diagnosis and treatment at an early age, when intervention will diminish the chance of progressing to more severe allergic diseases, including asthma. For many patients, asthma is the final step in the allergy march.”

The study found a stronger link between asthma and indoor allergens (mold, cats and dogs, house dust mites) than to food or ragweed. Approximately 6% of patients tested for allergies were identified by their physicians as also having asthma. These asthmatic patients were 20% more likely to have allergen sensitization than patients not identified as having asthma (Figure 5, page 10). They also had more allergies, testing positive for sensitization to 4.1 of the 11 tested allergens compared to 3.4 of the 11 tested allergens for patients without asthma. “NIH guidelines recommend investigating the potential role of allergens, particularly inhalant allergens, in all patients who have persistent asthma,” Reinhardt says. “Along with a thorough medical history and physical examination, ImmunoCAP results can help confirm diagnosis, educate patients, guide exposure-reduction advice, and target medications.”

Some disparities in testing and diagnosis emerged when test results for children enrolled in Medicaid were compared with those who had private insurance. Overall, the rates of testing were roughly equivalent. But children aged 0 to 5 years who were enrolled in Medicaid were 18% less likely to be tested than children of the same age group with private insurance. This pattern switched between ages 6 and 12 when children covered by Medicaid were tested about 20% more than children of the same age with private insurance. “A delay in diagnosis and treatment makes it more likely that economically disadvantaged children will have progressed along the allergy march, have more allergen sensitizations, and more severe disease when they are diagnosed,” Kaufman says. “Medicaid provides coverage for specific IgE testing, so other barriers to care, such as access, shortages of primary care providers, and language and literacy deficits may contribute to the disparities we observed in our data. Whatever the reasons, our study suggests a gap in care for underprivileged children that may increase their propensity for the allergy march.”

A WIN FOR PATIENTS, PHYSICIANS, ALLERGY SPECIALISTS, AND LAB DIRECTORS

One intriguing finding of “Allergies Across America” is that widespread blood-based allergy testing is changing clinical practice. Increasingly, pediatricians and other primary care physicians are diagnosing allergies with the help of IgE laboratory test results. “Sensitization is important but not sufficient to make a diagnosis of allergic disease,” Reinhardt says. “A positive result must be interpreted in the context of symptoms, history, and physical examination. But physicians know that most lab tests come back normal, or in this case, negative. A negative IgE result means you need to look elsewhere for the nonallergic cause of clinical symptoms.”

LEARN MORE
You can download a copy of “Allergies Across America” at http://www.questdiagnostics.com/home/physicians/
health-trends/allergies.

DIGITAL EDITION
To view the digital edition of CLP magazine go to our homepage.

“Specific IgE testing can be a win-win all around,” Kaufman says. “Certainly, patients benefit from an earlier diagnosis because their family physicians have access to IgE testing.” Two well-designed studies conducted in managed care populations suggest that as many as two-thirds of patients suffering from upper respiratory, allergy-like symptoms do not have IgE-mediated disease.

Neither nonsedating antihistamines nor leukotriene receptor antagonists are effective in treating most forms of nonallergic rhinitis. In a retrospective cohort of 693 patients seen at a military medical center, 59.7% (414) were IgE negative. These patients received 861 prescriptions costing $46,490 (about $255 per patient). The authors concluded that proper and timely diagnosis of their nonallergic rhinitis would have prevented inappropriate medication use, avoided potential side effects, and averted unnecessary costs. Primary care providers, who see the majority of patients with suspected allergies, benefit by having an available and reliable diagnostic test, which supports their clinical evaluation.

The report shows that allergy specialists have the highest rate among physician groups of adoption of ImmunoCAP blood testing. With the increasing adoption of this testing by pediatricians and other primary care physicians, many patients can be managed by their primary care physician. And the allergy specialists have the opportunity to see patients who exhibit diagnostic uncertainty, poorly controlled symptoms, and who may benefit from immunotherapy. “This shift in medical practice as shown in “Allergies Across America” improves patient access and care as well as system efficiency,” Kaufman says. “Finally, laboratory directors using IgE testing win by offering a highly respected and well-standardized laboratory methodology that can improve clinical care.”

Sarah Staples, MA, ELS, is a contributing writer for CLP. She has been freelance medical editor an writer since 1989, an wrote this article on behalf of Quest Diagnostics and the ImmunoDiagnostics business of Thermo Fisher Scientific. 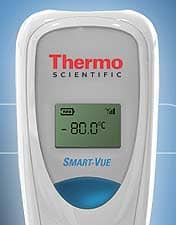