The FDA has approved a second test to screen blood, tissue and organ donors for a blood-borne parasite, Trypanosoma cruzi (T. cruzi), that causes Chagas disease, a serious and potentially fatal parasitic infection.

The assay is intended as a screen to detect antibodies to T. cruzi in serum or plasma specimens obtained from donors of whole blood and blood components and other living donors.

It is also intended for use to screen organ donors when serum and plasma specimens are obtained while the donor’s heart is still beating and in testing blood specimens to screen cadaveric donors (those whose hearts are not beating).

"Screening for T. cruzi is an important safety measure to help protect our blood supply and help prevent the spread of Chagas disease," said Karen Midthun, MD, acting director of the FDA’s Center for Biologics Evaluation and Research. 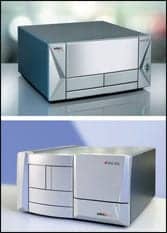