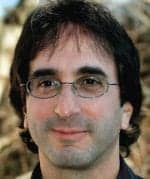 Lab Tests Online, the patient-centered Web site that provides consumers with the language and concepts to better understand their medical tests, began celebrations of its 10th anniversary this year by hosting the site’s 100 millionth visitor in February.

Launched in July 2001 by the American Association for Clinical Chemistry (AACC), Washington, DC, as a joint project between the laboratory professional community and the laboratory industry, Lab Tests Online is acknowledging its 10 years as a standard for patient education by developing a mobile app for Apple and Android smartphones and tablets, and by increasing its social media presence. Both will debut at the AACC Annual Meeting and Clinical Lab Expo in July.

The peer-reviewed site (www.labtestsonline.org) provides patients and caregivers with detailed medical test descriptions, condition descriptions cross-linked by related tests, and articles about laboratory testing and test reliability. The noncommercial public service relies on an all-volunteer team of laboratory professionals to develop and approve the content.

The heart of Lab Tests Online is the corps of lab professionals who are dedicated to providing straightforward information to people on an exhaustive array of lab tests. “Our editors volunteer their time and expertise because all of us recognize that one important way users can take responsibility for their health care is by learning more about their tests, and by understanding the critical role that testing plays in the practice of medicine,” says D. Robert Dufour, MD, executive editor of Lab Tests Online and longtime member of AACC, a leading professional society with more than 9,000 members who are dedicated to improving health care through laboratory medicine.

Described by Prevention magazine as “[One of the] smartest health sites on the Web,” Lab Tests Online provides two million visitors every month with accurate, reliable information to help users be better informed when discussing test results with their physicians. The success of Lab Tests Online in the United States has led to partnerships with laboratory societies in other countries, so that there are currently 17 versions of the site online or in development around the world. Almost one-third of the world’s people can now learn from Lab Tests Online in their native language, including translations in Spanish, French, and Chinese.

One unique feature of the site enables users to submit their questions directly to laboratory scientists. While early versions of Lab Tests Online started with seven laboratory professionals volunteering to answer one or two questions a day from the public, the site now has a response team of 47 volunteers with another 20 in training. When the number of monthly queries jumped by 50% following a site redesign, the decision was made to hold the line at 75 questions per day until new team members completed their training. The response service is run by the Washington, DC-based ASCLS, an AACC partner.

“Through Lab Tests Online and the user response service, we as laboratory professionals are able to play a vital role in equipping patients with the tools to become better partners with their health care providers,” says Elissa Passiment, executive vice president for ASCLS and a member of Lab Tests Online’s editorial review board since its founding. “This is especially important in a changing environment that demands more involvement from patients in their own care.”

Along with the thousands of questions that lab professionals address each month from concerned patients and caregivers, Lab Tests Online receives dozens of comments from grateful users. A student nurse suffering from vertigo wrote, “I have been searching the Web trying to figure out what may be wrong. When you are ill and you are waiting to get appointments and more tests, you really start to get scared and impatient. I really appreciate this site for giving me a bit more insight. Thanks!” Another user wrote, “I have had a clotting disorder since I was 16, and my doctors have never explained my Protein C/S deficiencies, recurring DVT, etc as well as I’ve found here. Finally understanding nearly 2 decades later is better than never! Thank you. I appreciate the effort that has gone into this site.”

Lab Tests Online has received a number of awards, including a Summit Award from the American Society of Association Executives, for the site’s innovative contributions that have enhanced American society; the Award of Excellence for health-related Web sites from the Health Improvement Institute; a Gold Award for Best Health/Healthcare Content from eHealthcare Strategies; and a Communicator Award of Distinction from the International Academy of the Visual Arts. 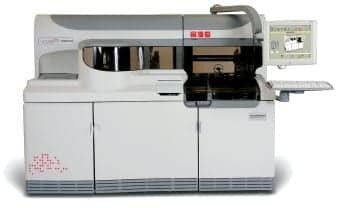 Analyze This! Here’s to an increasing array of immunoassays. 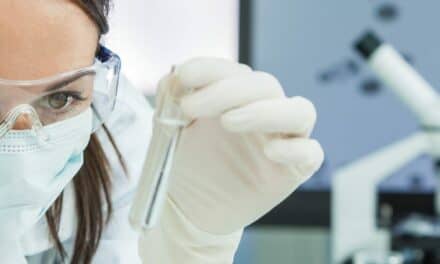 Dollars and Sense: Creating Cost Efficiencies in the Lab