Lessons from the H1N1 Pandemic 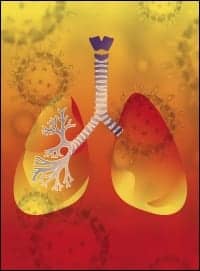 Pathologists, lab managers, administrators, and technologists are taking to heart lessons learned during the 2009 H1N1 influenza pandemic as they prepare for the forthcoming 2010-’11 influenza season in North America. Among those lessons: The need for better surveillance, for improved rapid testing, for enhanced molecular testing methods, and to invest in planning for the unexpected.

Last year, more than 99% of circulating influenza virus identified in the United States was 2009 H1N1 influenza. According to the US Centers for Disease Control and Prevention, an estimated 61 million people were infected with H1N1 between April 2009 and April 2010. This resulted in an estimated 274,000 H1N1-related hospitalizations and nearly 13,000 H1N1-related deaths (versus upward of 36,000 deaths from the flu in a typical year).

“We were fortunate H1N1 had low mortality,” says Lance R. Peterson, MD, director of microbiology and infectious diseases research at NorthShore University HealthSystem in Evanston, Ill. “This was a global drill and good practice that allowed us to fine-tune the systems in place. Should another virus develop and spread quickly, we will be able to handle it.”

While media stories often made comparisons between the H1N1 pandemic and the 1918 Spanish flu pandemic, it was the 2006 avian influenza A (H5N1) virus scare that did the most to prepare public health officials and hospitals for the H1N1 outbreak. Back in 2006, experts believed that H5N1 viruses posed the greatest emerging pandemic threat. This led to concerted international, federal, state, local, and community efforts to develop, refine, and regularly test response plans.

“A lot of lessons learned 4 years ago resulted in our having a completely different infrastructure in place,” says David Hillyard, MD, medical director, molecular infectious diseases at ARUP Laboratories in Salt Lake City. “For example, we were already aware that we needed better capacity to develop new diagnostics, and we needed to much more quickly bring structural public health resources to bear on a problem like this.”

From a clinical diagnostic standpoint, the strengths and deficiencies of the different testing methods available became apparent during last year’s pandemic. “What H1N1 did was shine a bright light on these tests,” says Jay M. Lieberman, MD, medical director of Quest Diagnostics, Madison, NJ. “And they weren’t very good in many circumstances.”

A number of diagnostic tests are available to detect the presence of influenza viruses in respiratory specimens. All test methods have varying degrees of success, with rapid influenza diagnostic tests (RIDT) and direct immunofluorescence assays having lower sensitivity than real-time reverse transcriptase polymerase chain reaction (rRT-PCR) tests and viral culture.

During the H1N1 pandemic, the commonly used RIDT came up short. In numerous studies, published following the outbreak, the analytical sensitivity of these rapid tests was shown to range from 10% to 70%. “In the best-case scenario you are missing 30% of infected patients,” Lieberman says. “Worst case, you are missing half or more.”

Despite deficiencies, RIDT remains popular because it is easy to use and results are obtained in a timely manner.

One of the lasting legacies of H1N1 will be increased use of molecular testing for not only influenza but other respiratory viruses. There is also a big movement to get molecular testing closer to the patient.

In 2006, during the avian flu scare, it was difficult for the diagnostic community to develop a molecular test for H5N1. “All kinds of politics came into play with some countries under-reporting avian influenza cases and not making sequences available,” Hillyard says.

The picture was completely different during the H1N1 pandemic. The first case in the United States was identified in April, and by June, when the pandemic was declared, many sequences were already available. “At the time we stared working on development of a molecular assay for H1N1, we had 450 sequences from individual isolates,” Hillyard says. “That gave us confidence that the molecular PCR design we developed would be specific to uniquely identify the H1N1 virus.”

As new molecular tests become available, it is important to assess potency year to year. “There’s a potential for PCR to work one year but not the next,” Peterson says.

“During the pandemic we had to emphasize to our physicians that if someone comes in with compatible symptoms you have to institute treatment and not wait for a test to come back,” says Annette Reboli, MD, hospital epidemiologist and head of the division of infectious diseases at Cooper University Hospital, Camden, NJ.

This was a major lesson learned by clinical labs during the H1N1 crisis: The amount of cooperation and interaction necessary in order to understand what clinicians and nurses will do with test information provided to them and how quickly they need it.

“We identified areas where we thought we were generating important information,” says John Spinosa, MD, medical director of the clinical laboratory and a staff pathologist at Scripps Memorial Hospital in La Jolla, Calif. “Only to have ED physicians and nurses tell us: ‘That doesn’t matter to me. I won’t do anything different (with the patient).’ ”

“When it comes to infectious diseases, the same biological surveillance, diagnostic capabilities, and response capabilities are needed whatever the cause: terrorism, naturally occurring, or travel-related disease transmission,” says Chan Harjivan, director of the Public Health and Biodefense Practice at PRTM Management Consultants LLC in Waltham, Mass.

Under the Bush Administration, surveillance and diagnostics efforts surrounding H151 (avian flu) were driven by biodefense considerations. “The Obama Administration is taking a much broader view of infectious diseases,” Harjivan says. “Looking at anthrax, Ebola, malaria, pandemic flu, and other emerging diseases under the same public-health umbrella.”

This has placed R&D focus on the development on first-line tests across a spectrum of diseases with an eye toward combining the strengths of rapid and molecular testing.

“The goal is to get a nasal swab, place it in a machine, and get PCR results is less than an hour,” Lieberman says. “When that happens, it will change the testing of H1N1 and other viral infections.”

On August 10, World Health Organization Director-General Margaret Chan, MD, MPH, announced that the H1N1 influenza virus has moved into the postpandemic period. Expectations for the 2010-’11 flu season in North America are that the virus will behave like seasonal flu viruses and continue to circulate for some years to come with localized outbreaks of varying magnitude likely to continue.

“But, if people are under the impression that H1N1 is over, they may be surprised by the potential severity of this upcoming flu season,” Lieberman says. “Last year, H1N1 crowded out all the other influenza viruses. I wouldn’t be surprised if that is the case next season.”

Seasonal 2010-11 vaccine has begun shipping from manufacturers and protects against an H3N2 virus, an influenza B virus, and the 2009 H1N1 virus.

In addition to monitoring improvements in diagnostic capability, lab managers should be vigilant for what is happening in the community in regard to background levels of flu. “In the past, we perhaps didn’t have quite the surveillance infrastructure,” Peterson says. “Now, there’s more partnership between government and private hospital labs. That is a very positive outcome of the last pandemic.”

Planning for the Unexpected

“We developed this plan years ago, when we thought avian flu would be ‘the big one,’ ” she says. “Because pandemic occurrence is unpredictable and there are more emerging respiration illnesses, our plan is now an ‘all-respiration pathology plan.’ ”

In any disaster, it is often difficult to identify the “triggers” that a public- health crisis is under way requiring action. “Because we had spent the last 5 years in preparedness, it really did cement the triggers that we were looking for in reference to initiating a response,” says Patricia Skoglund, RN, administrative director of disaster preparedness for Scripps Health in La Jolla, Calif.

As part of the plan, Scripps communicated with staff and raised awareness in the community. “And San Diego did listen,” Skoglund says.

When the H1N1 outbreak occurred, community awareness from campaigns in previous years allowed for quick action such as installing hand-sanitizing stations and screening incoming patients for fever.

To keep up on H1N1 this flu season, bookmark this website.

But quick action can provoke criticism. San Diego reported the first H1N1 cases in North America and for a while was the epicenter of the outbreak. Skoglund is thankful that Scripps spent years planning for an event that many claimed would never happen. “We were hit on a Tuesday, and by Saturday we understood this could be much more than expected,” Skoglund says.

This type of planning requires time, money, and energy. “It made a huge difference (during the crisis),” Skoglund says. “We saw that in employee morale, community morale, and patient safety.”

Lynne Friedmann is a freelance science and medical journalist based in San Diego and a contributing writer for CLP. 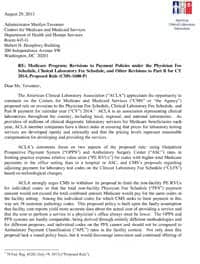 To Trim Fat, Trim the Menu