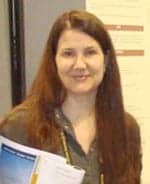 Ludmila Prokunina-Olsson, PhDPatients who have inherited a specific common genetic variant develop bladder cancer tumors that strongly express a protein known as prostate stem cell antigen (PSCA), which is also expressed in many pancreatic and prostate tumors, according to research at the National Institutes of Health (NIH).

A therapy targeting the PSCA protein on the tumor cell surface is under evaluation in clinical trials for prostate and pancreatic cancer.

The researchers hope that this therapy will be tested in bladder cancer patients with the genetic variant, which could help to reduce potentially harmful side effects, lower costs, and improve treatment efficacy.

Every gene contains a very long string of DNA components termed nucleotides (referenced commonly as T, C, G or A). A single letter variation in the string of letters can lead to changes in cell development, resulting in cancer.

In a previous study, the researchers identified a variant located in the PSCA gene on chromosome 8 as associated with bladder cancer susceptibility. The gene determines whether the corresponding protein is expressed in bladder tumor tissue. In the latest report, they found that the ‘T’ nucleotide that comprises a gene variant called rs2294008 is a strong predictor of PSCA protein expression. The variant results in increased delivery of the protein to the cell surface, where it is involved in signaling and promotes tumor growth. The study by scientists from the National Cancer Institute (NCI), part of the National Institutes of Health, appears in the Journal of the National Cancer Institute on January 3, 2013.

“We’ve been pursuing this mechanism for some time now,” said Ludmila Prokunina-Olsson, PhD, NCI Division of Cancer Epidemiology and Genetics, and senior author of this publication. “It started with our early results from the initial genome-wide association study that revealed a marker in the PSCA gene related to bladder cancer risk. This latest work reveals how a specific letter change in DNA influences protein expression at the cell surface. The big payoff is that a simple genetic test can determine which patients could benefit from anti-PSCA therapy.”

In 2012 in the United States alone, there were an estimated 73,510 new cases of bladder cancer and 14,880 deaths. The recurrence rate of bladder cancer is between 50% and 70% and patients require lifelong surveillance and treatment, making it an expensive cancer to live with and a major economic burden on the health care system and patients. Up to 75%of bladder cancer patients carry this genetic variant.

“This is one of the first studies to show direct clinical implications of a genetic variant identified through genome-wide association studies for common cancers,” said Stephen J. Chanock, MD, acting co-director for the NCI Center for Cancer Genomics.

The scientists note that additional work is needed to develop alternative drugs targeting PSCA, and to evaluate drug delivery methods, such as systemic delivery for advanced muscle-invasive tumors and local, inter-bladder delivery in the case of nonmuscle-invasive tumors. Anti-PSCA therapy is likely to be effective only against tumors that express PSCA. A genetic test for the “T” nucleotide of this genetic variant can identify bladder cancer patients who could benefit from this treatment. 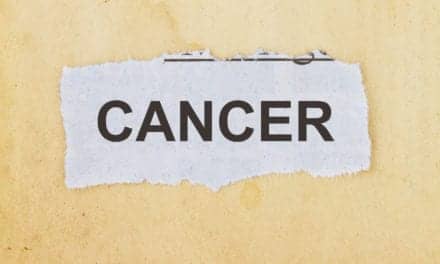