A team of scientists led by Amanda Paulovich, M.D., of the Fred Hutchinson Cancer Research Center has succeeded in capturing large-scale, standardized protein measurements, which are required to validate disease biomarkers and drug targets. An article published December 8 in the journal Nature Methods details the study.

The targeted protein-detection approach used by the researchers may enable scientists to systematically and reliably measure the entire human repertoire of proteins, known as the proteome. The technique allows simultaneous detection of hundreds of proteins across different samples. The international team—with members in Seattle, Boston, and South Korea—was able to reproduce measurements of 319 proteins from human breast cancer cells, indicating that the approach can be standardized across laboratory and international boundaries.

“This method has the potential to completely revolutionize how we measure human proteins,” Paulovich said. “Having a global resource for standardized quantification of all human proteins would set new standards that would undoubtedly increase the reproducibility of preclinical research, which would have a dramatic impact on the translation of novel therapeutics and diagnostics.”

Proteins are useful for their ability to signal the onset of disease and disease progression. The discovery of cancer biomarkers could be especially useful to identify patient risk and guide treatment, but until now their validation process using enzyme-linked immunosorbent assay (ELISA) or immunohistochemistry (IHC) techniques has been slow and laborious, requiring researchers to measure each biomarker’s presence in hundreds or thousands of patient samples. The methods are also often not reproducible between labs.

Paulovich and her team applied multiple reaction monitoring mass spectrometry (MRM-MS), a technique that has long existed but never been applied to proteins. As a result, they could quantify at least 170 proteins in 20 clinical samples per instrument per day—a previously unheard-of number. They have assayed more than 300 proteins known to be produced by breast cancer cells to validate their technique. Results indicate that MRM-MS can reproduce and expand observations made in earlier breast cancer studies using other technologies. The study was also the largest effort to date, and the first international one, to demonstrate the technique’s reproducibility across labs.

“We really showed what could happen if governments cooperated to build a community resource,” Paulovich said. “It’s doable, it’s scalable, and the resource is useful.” 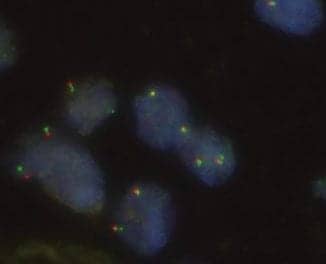 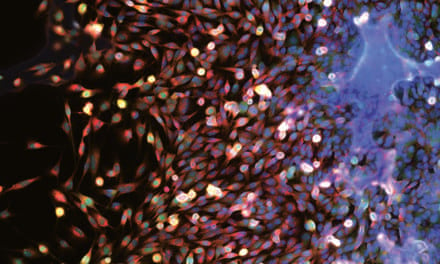