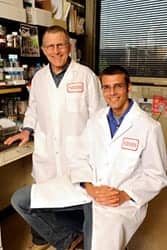 Dmitry Gordenin PhD, and Steven Roberts, PhD. [Source: NIEHS]A set of proteins involved in the body’s natural defenses produces a large number of mutations in human DNA, according to a study led by researchers at the National Institutes of Health.

The findings suggest that these naturally produced mutations are just as powerful as known cancer-causing agents in producing tumors.

The investigators found that APOBEC mutations can outnumber all other mutations in some cancers, accounting for over two-thirds in some bladder, cervical, breast, head and neck, and lung tumors.

The scientists published their findings online July 14 in the journal Nature Genetics.

The study is a follow-up to one Gordenin and his group published in Molecular Cell in 2012, after they discovered APOBECs could generate clusters of mutations in some cancers.

CLICK HERE to listen to Dmitry Gordenin, PhD, corresponding author of the paper, explain how the field known as data science made these research findings possible.

CLICK HERE to listen to Steven Roberts, PhD, a postdoc fellow who works with Gordenin, describe APOBEC proteins and their function in the human body. 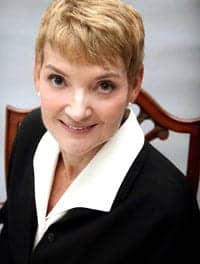 Is QC Relevant in Today’s World of Smart Technology? 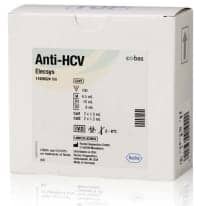 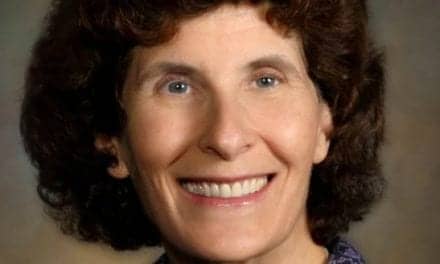