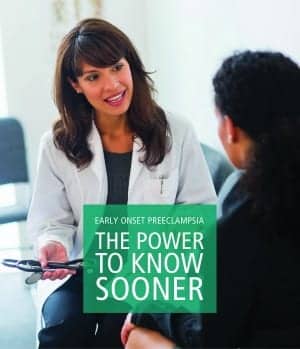 The field of noninvasive prenatal testing has experienced a number of significant advances quite recently. One landmark achievement has been the discovery of fetal DNA in the mother’s blood at a very early gestational age (8 to 12 weeks), leading to the development of entirely new tests and testing procedures for use during early pregnancy.

“These procedures significantly reduce the risk to the patient and fetus, because samples are obtained through a simple blood draw,” explains Timothy J. Sheets, senior director of managed care and reimbursement for Progenity, in Ann Arbor, Mich. While traditional amniocentesis offers accuracy greater than 99%, it can’t be performed until somewhere around 20 weeks of gestation.1 “Amniocentesis also carries much greater risks to the patient and fetus because it is invasive,” Sheets says.

Despite its advantages, noninvasive prenatal testing is not a replacement for amniocentesis or CVS; it is a screening test. Simply put, newly developed noninvasive prenatal tests provide information to help a woman consider whether to pursue or forgo invasive diagnostic testing, says Charles M. Strom, MD, PhD, senior medical director for genetics at the Quest Diagnostics Nichols Institute, in San Juan Capistrano, Calif.

“This is potentially important in promoting a healthy pregnancy, because invasive procedures carry a slight risk of miscarriage,” Strom says. “For instance, amniocentesis has a 0.5% miscarriage rate, while CVS has a 1% to 2% rate. While these numbers sound small, as many as 800,000 women may be considered high-risk under American Congress of Obstetricians and Gynecologists’ guidelines, so the impact on women and families can be quite significant.”

Prior to the development of noninvasive testing methods, all options available for prenatal screening (such as first trimester combined, sequential, integrated, and second trimester) suffered from a low detection rate between 75% and 90%, and a high false-positive rate between 2% and 10%. Since such screening options generated many false positives, up to 10% of all screened pregnancies were also offered an invasive confirmatory procedure such as amniocentesis or CVS.

“The new noninvasive testing option has better screening performance, with detection rates for Down syndrome higher than 99% and a false positive rate of less than 0.5%,” says Nathalie Lepage, PhD, head of the biochemical genetics and prenatal screening laboratories at the Children’s Hospital of Eastern Ontario, in Ottawa, Ontario. “This improvement in the false positive rate will result in fewer invasive procedures being performed, and a decreased incidence of adverse outcomes (ie, pregnancy loss).”

In recent years, one notable advance in invasive prenatal testing has been the increased use of molecular diagnostics in microarray formats. “Cells from fetuses with ultrasound anomalies can be tested, not just by standard cytogenetic methods (chromosome analysis and fluorescent in situ hybridization), but also by an extremely high-resolution molecular cytogenetic method which can detect small genetic imbalances that are impossible to see on a karyotype,” says Danielle LaGrave, a genetic counselor with ARUP Laboratories, in Salt Lake City. “This also allows for the reliable detection of unbalanced familial translocations and other recombinant chromosomes resulting from balanced rearrangements in the parents.”

According to Lepage, cytogenetics laboratories have implemented a rapid aneuploidy detection methodology using polymerase chain reaction (PCR) to quantify chromosomes 21, 18, 13, X, and Y. This rapid aneuploidy detection method ensures that chromosome results are available within 2 days of specimen collection, instead of 14 to 20 days for traditional G-banding methodology. The latter method, however, has the added benefit of analyzing all chromosomes.

BENEFITS TO PHYSICIANS AND PATIENTS 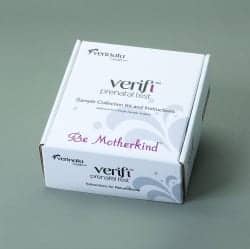 By ordering noninvasive tests with better performance than older methods, physicians have fewer patients for whom invasive procedures are required. The new technologies also enable physicians to identify significant chromosomal abnormalities at a high level of accuracy.

According to Progenity’s Sheets, the new alternatives to amniocentesis are much less expensive and more cost-effective than traditional testing methodologies. In addition, they are much less invasive with similar results. All that’s required are simple blood draws in a physician’s office or draw center. Results are usually returned in 7 to 14 days.

“Women carrying affected babies can choose whether or not to terminate the pregnancy,” LaGrave says. If they choose the latter, “They can use the remaining time before birth to research the condition, become familiar with the various medical issues their child may face, speak to pediatricians and specialists, and make decisions about the child’s care while not feeling rushed or stressed.” Another advantage is that an appropriate birth plan can be arranged with the hospital.

Finally, sharing the news that the baby will be born with a genetic condition can be done ahead of time. “This allows for the shock, sadness, and grieving to occur prior to the infant’s birth, so that the birth itself can be as joyous an occasion as possible,” LaGrave says.

While recent advances in prenatal testing have been astonishing, reimbursement coding has not evolved as quickly as the technologies. “Without specific procedure and billing codes, commercial payors have not been able to accurately target such tests for reimbursement in their claims processing systems,” Sheets says. “Oftentimes, because no specific code is available, labs must bill payors with a simple miscellaneous code, which usually brings about a delay in reimbursement for further review.”

The Centers for Medicare and Medicaid Services (CMS) determines the minimum price standard for many laboratory tests, creating a base that commercial payors often use to determine their own reimbursement levels for such tests. “This process has been lagging in recent years, and has caused many commercial and government payors to delay publishing reimbursement ranges to labs performing these tests,” Sheets says.

In addition, “Because novel prenatal testing technologies are relatively new to the commercial lab space, some physicians are not yet educated about the technologies and their benefits,” Sheets says. “Therefore, it is important for key opinion leaders to communicate the benefits to commercial payors and physicians, so that appropriate reimbursement coding and payment can be further developed.”

In just the past few years, a host of prenatal testing products have emerged in the marketplace. Here’s a sampling of what’s available now in the United States.

For women, families, and physicians, the verifi prenatal test provides the reassurance of reliable answers about the chromosomal health of an unborn baby—safely, simply, and quickly. Available since March 2012, the verifi prenatal test is a blood test that analyzes cell-free DNA found in a pregnant woman’s blood to detect chromosome aneuploidies (an abnormal number of chromosomes in the fetus) as early as 10 weeks’ gestation.

“The verifi prenatal test employs a proprietary algorithm and the deepest sequencing available in a noninvasive prenatal test—more than 28 million fragments are sequenced per sample,” says Vance Vanier, MD, vice president for global operations at Verinata Health, an Illumina company, in Redwood

City, Calif. “Because of the deeper sequencing and greater resolution of data, Verinata offers the lowest test failure rate in the industry, at 0.07 percent. Furthermore, it has the fastest turnaround time of three to six business days,” Vanier adds.

Verinata Health published the only peer-reviewed study of noninvasive prenatal test performance in a clinical laboratory?setting, including corresponding positive and negative predictive values.2 The study results confirm that the verifi prenatal test was in line with its published clinical validation study data when correlated to patient outcomes. Further, according to Vanier, “The verifi prenatal test has enjoyed one of the fastest health plan coverage adoption rates in the history of molecular diagnostics. The verifi test is covered as an in-network, contracted benefit with many national and regional payors.”

Introduced to the US market ?in May 2012, the Harmony prenatal test is a safe, highly accurate,? and affordable prenatal test for? maternal and fetal health. “The? Harmony test has established? performance through numerous peer-reviewed published? studies,” says Jen Bruursema,? director of marketing for Ariosa? Diagnostics, in San Jose, Calif.? Published in more than a dozen? peer-reviewed studies that? involved thousands of patients, ?the test has demonstrated greater? than 99% accuracy for Down syndrome with a less than 0.1% false positive rate.3 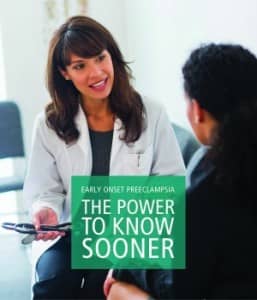 “Compared to current screening tests, which can have up to a 20% error rate, the Harmony test provides better information to pregnant women,” Bruursema says. The Harmony test is available to identify fetal sex and can be used in any singleton or twin pregnancy, including all those conceived by in vitro fertilization.

In 2010, Ariosa developed a proprietary method for direct analysis of cfDNA testing that is more efficient and affordable than other noninvasive tests that use random sequencing methods such as massively parallel shotgun sequencing, Bruursema claims. Combined with a statistical algorithm that factors maternal age, gestational age, and the percentage of fetal DNA in the sample, Ariosa provides an accurate and personalized risk assessment for common fetal trisomies.

Natera’s next-generation noninvasive prenatal test, PanoramaT, launched in March 2013, is the only test that specifically analyzes single-nucleotide polymorphisms (SNP). Compared to methods that count sequence tags across the whole genome, Panorama is a targeted multiplex PCR assay that examines 19,488 SNP loci on five chromosomes—13, 18, 21, X, and Y—in a single reaction.

“We achieve more than 95% informative reads on this multiplex assay, which is unparalleled in the world of molecular biology and made possible by a unique PCR design method developed and patented by our laboratory,” says Solomon Moshkevich, vice president for marketing and business development at Natera, in San Carlos, Calif. “This approach allows us to achieve a highly accurate analysis of these five chromosomes with much higher throughput on the sequencers than the counting methods.”

Analyzing SNP loci also generates qualitative data that allows for more quality control metrics than other noninvasive prenatal test methods, including calculation of the fetal fraction, identification of contaminant DNA in the PCR amplification step, identification of an additional SNP profile from a potential twin or vanishing twin, or identification of anomalies on the maternal DNA that can confound the analysis of the fetal DNA. As a result of these quality control metrics, there are fewer false positives and false negatives, testing can be done earlier in pregnancy (at 9 weeks’ gestation), and conditions such as triploidy can be detected.

“If this risk is found early, especially in asymptomatic individuals, physicians are able to develop patient-centric care options such as increased monitoring—as well as modified activity, diet, and medication regimens—aimed at reducing or avoiding complications related to early-onset preeclampsia,” says Jonathan B. Carmichael, PhD, director of bioassay development and clinical laboratory at PerkinElmer Labs, in Melville, NY. 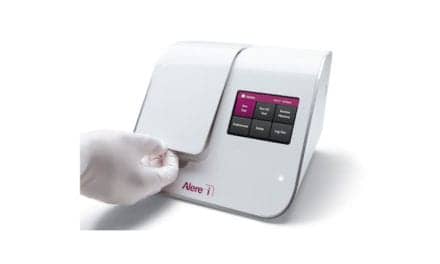 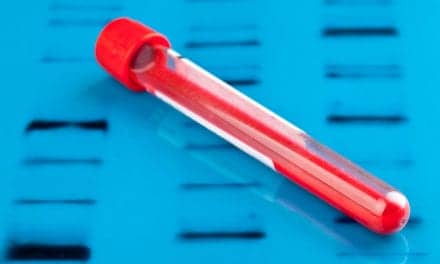