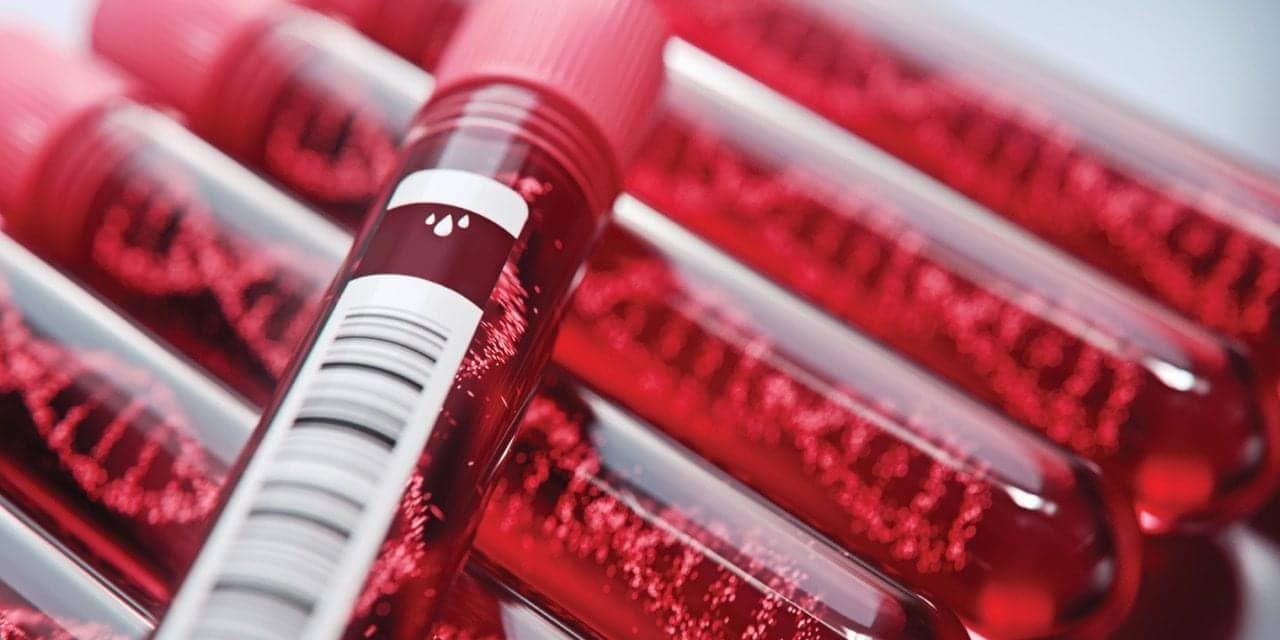 Over the past decade, immunotherapies—drugs that harness the patient’s immune system to kill cancer—have begun to hit their stride.1 As of September 2017, more than 2,000 immunooncology drugs were known to be working their way through the development pipeline.2

As more immunotherapies make their way toward the clinic, however, oncologists are learning that the standard measures for assessing the effectiveness of cancer treatments are insufficient for monitoring this new class of drugs. To standardize the assessment of a tumor’s response to treatment, oncologists typically use a set of rules called response evaluation criteria in solid tumors (RECIST).3 The RECIST guidelines recommend that tumor size be measured through the use of magnetic resonance imaging (MRI) or computed tomography (CT) imaging. However, these methods can be subjective, unreliable, expensive, and slow.4–6

During immunotherapy, activated T cells infiltrate tumors, resulting in inflammation. Even when the therapy is producing its desired effect, such inflammation can cause tumors to appear larger in imaging scans, suggesting that they are increasing in size rather than receding. Oncologists can mistake such ‘pseudoprogression’ for true tumor progression, and this may lead them to discontinue an effective treatment prematurely. The anti-programmed cell death protein 1 (anti-PD-1) checkpoint inhibitor pembrolizumab, for instance, causes pseudoprogression in about 7% of metastatic myeloma patients.7 In other cancers, pseudoprogression is variable, but may manifest in up to 30% of patients.8

The effects of pseudoprogression can last up to 3 months following treatment, meaning it can take a significant amount of time before an oncologist gains certainty regarding the effectiveness of a patient’s treatment.4 Furthermore, when a tumor is truly growing despite treatment, it can still take up to 6 weeks to detect a change in tumor size via imaging.6 In many cases, by the time the physician determines that a treatment is not working, it is too late to find an alternative that can make a difference in the patient’s outcome.

Beyond the lengthy turnaround time for imaging tests, MRIs are expensive, and CT scans subject patients to large amounts of x-ray radiation.5,9 In the United States, the Centers for Medicare and Medicaid Services has cut reimbursementsfor MRIs due to their cost and has been trying to limit the number of CT scans that patients undergo in order to reduce the effects of ionizing radiation.9,10

To overcome the challenges associated with using imaging to assess patient response to immunotherapy, scientists are developing liquid biopsy-based molecular diagnostics that can measure a potentially more objective and reliable biomarker of tumor burden.

When tumor cells die via apoptosis or necrosis, they shed DNA fragments into the bloodstream.11 Monitoring the levels of such circulating tumor DNA (ctDNA) after a patient receives immunotherapy can offer insights into whether the treatment is working.12 Since the half-life of ctDNA is less than 2 hours, monitoring ctDNA levels offers a real-time view into tumor response to treatment.13

When a treatment isn’t working, a tumor progresses through its typical life cycle unabated, and patients exhibit a steady increase in ctDNA levels over time. If a treatment is working, on the other hand, dying tumor cells shed DNA rapidly, causing ctDNA levels to temporarily spike, before rapidly dropping off to undetectable levels after about a month.12

Even at its peak, ctDNA is only present in the blood at very low levels, making it difficult to detect and measure. To measure ctDNA levels in the blood, researchers have developed a highly sensitive technique called ‘droplet digital polymerase chain reaction’ (ddPCR). Assays that utilize the ddPCR approach can objectively determine tumor burden in response to immunotherapy—independent of the tumor’s apparent change in size—and they can deliver results in a week instead of months (Figure 1).6 If the patient’s treatment is not working, such a short turnaround time enables physicians to alter the patient’s course of treatment, improving the chances of a positive outcome. Or, if the patient’s treatment is working, such early results can reassure both the doctor and the patient (See the companion article, “Predicting the Effectiveness of Anti-PD-L1 Therapy.”)

Additionally, since a ddPCR-based test requires only a standard blood draw, the technique can be used repeatedly in the same patient with minimal risk, permitting physicians to track ctDNA levels over the course of several weeks or months. By defining the kinetic profile of ctDNA in a patient’s blood, an oncologist can track whether a certain therapy is effectively treating the patient’s cancer.

Over the past year, several laboratories have found that ctDNA-based liquid biopsies outperform imaging for swiftly and accurately assessing the response to checkpoint inhibitor therapy in patients with a variety of cancers.

At Macquarie University and the Melanoma Institute Australia, Jenny Lee, MBBS, and her colleagues used a ddPCR-based test for ctDNA to monitor the progress of patients with metastatic melanoma who were undergoing anti-PD-1therapy.

Using the ddPCR technology, Lee was able to quantify BRAF and NRAS mutations, which are present in about 60% of melanoma patients, effectively characterizing a reasonably reliable cancer biomarker.14 In her study, Lee used ddPCR to retrospectively measure the levels of mutated BRAF and NRAS genes in the ctDNA of blood samples from 29 patients: 20 whose tumors had undergone true progression and nine who had experienced pseudoprogression. These two groups could not be distinguished through the use of imaging after 12 weeks of immunotherapy.15

In samples taken within 12 weeks of the start of treatment, Lee’s team was able to distinguish between true progression and pseudoprogression by using her ddPCR-based assay, with a sensitivity of 90% and specificity of 100%, without having to rely on follow-up imaging.

Figure 2. In a study at Macquarie University and the Melanoma Institute Australia, the 1-year overall survival rate of patients with melanoma was 100% if CT or MRI scans showed partial response to treatment after 12 weeks. The 1-year survival rate of patients who showed a favorable circulating tumor DNA (ctDNA) profile when measured via ddPCR was 81.8%; the rate for those with an unfavorable ctDNA profile was 38.9%.

Among the 20 truly progressed patients studied by Lee, 18 showed detectable ctDNA levels at baseline and an increase or no change in their ctDNA levels after 12 weeks of anti-PD-1 treatment.15 In contrast, a subset of the patients with pseudoprogression exhibited detectable ctDNA levels at baseline, but after 6 to 12 weeks of treatment all nine of these patients showed undetectably low levels of ctDNA. Patients whose ctDNA levels exhibited signs of true progression ultimately showed significantly lower overall survival rates than patients whose ctDNA levels revealed pseudoprogression (Figure 2). All together, Lee’s data suggest that ctDNA biomarkers may be more accurate than imaging for detecting the response to anti-PD-1 therapy.

Studies have shown that ctDNA is not only more accurate than imaging as an indicator of a patient’s responsiveness to therapy, but it can also yield results much faster. In one study using next-generation sequencing, scientists found that they could detect the response to checkpoint inhibitor therapy in patients with non-small cell lung cancer (NSCLC) after 4 weeks, while imaging did not reveal a response for another 7 weeks after that.16

Meanwhile, at the Groningen University Medical Center, Jeroen Hiltermann, MD, PhD, a physician and researcher, and his collaborating colleague Ed Schuuring, PhD, a clinical scientist in pathology, have also found that ddPCR is effective at detecting a response to immunotherapy earlier than imaging. Specifically, they were looking for a more effective way to measure the responsiveness of NSCLC patients to nivolumab, an anti-PD-1 therapy that improves progression-free survival by a median of 10.6 months—but only works in 20% of patients.17,18

Measuring ctDNA levels using ddPCR in six patients with NSCLC undergoing nivolumab treatment, Hiltermann and Schuuring detected a positive response to treatment within 1 week.6 Among the four NSCLC patients who responded to treatment, the researchers detected a rapid spike in ctDNA containing mutated KRAS genes after 1 week, followed by a rapid drop to undetectable levels at 2 weeks. This characteristic trajectory suggested that the anti-PD-L1 therapy was effectively reducing the patients’ tumor burden.

Patients in the study who did not respond to treatment also exhibited a spike in KRAS-positive ctDNA after 1 week, but then they showed a steady increase in mutant ctDNA over the following 11 weeks.6

Considering that imaging techniques can require as long as 12 weeks to accurately gauge patients’ responsiveness to immunotherapy, a ddPCR-based test that yields results in a single week would represent a significant savings of precious time—especially for patients whose initial course of treatment is ineffective. Additionally, ddPCR enabled Hiltermann and Schuuring to measure ctDNA levels in their patients’ blood five times over 3 months, which would not have been possible if they had to rely on tissue biopsies.

A ddPCR-based test for ctDNA won’t help everybody. The tests require that a target mutation be known; so while a physician can use a ddPCR platform to test for common mutations in genes such as KRAS, BRAF, NRAS, and others, many patients, including 25% of melanoma patients, don’t have a universal driver mutation that can be monitored with ddPCR.19

Oncologists have successfully used ddPCR to monitor patient- and tumor-specific mutations over the course of treatment, but this process requires that oncologists identify such mutations and validate individualized assays for each patient, a process that complicates the broad use of the ddPCR technique. As scientists further understand the tumor biology underlying different mechanisms of progression in each tumor type, there will undoubtedly be further identification of ctDNA biomarkers.

Another limiting factor is that each run of ddPCR can currently examine only a small number of mutations, and generally just a handful of gene targets. Consequently, ddPCR is best suited for patients whose cancers are known to be driven or identifiable by a small subset of mutations. Cases that require the analysis of a large number of candidate mutations might require a broader approach, such as next-generation sequencing.

The Future of ddPCR-Based Tests

Data so far collected about ddPCR and ctDNA indicate that the platform is capable of monitoring a patient’s response to therapy reliably and with a short turnaround time. As the underlying tumor biology becomes better understood, liquid biopsies will play a more central role in both research and clinical laboratories, offering assays for more gene mutations and different types of cancer. In the future, ddPCR should also be able to assay more genes simultaneously, further speeding up the assessment of a patient’s response to treatment.

Generally, ddPCR will enable oncologists to determine more quickly whether a patient’s treatment is working, enabling them to optimize a patient’s treatment sooner than might otherwise be possible. And the earlier an effective treatment can be identified and initiated, the better the patient’s outcome is likely to be. Additionally, inexpensive and noninvasive recurrence monitoring will also optimize patient outcomes. As ddPCR is among the most sensitive and economical methods available for these purposes, ddPCR-based tests will likely play an important role in helping to bring about such improvements in patient care. 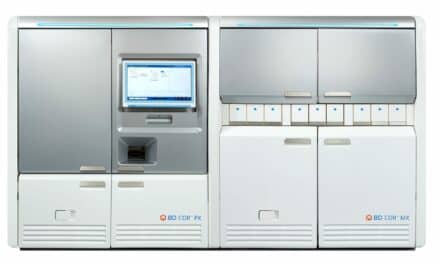 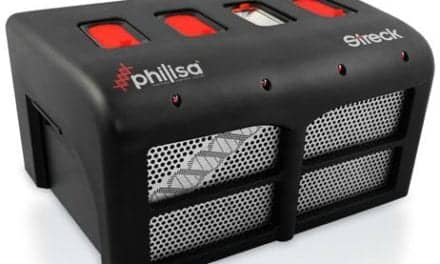