Inside this issue of CLP you will find a focus on safety for both lab professionals and for patients. As a product-centered magazine, we highlight the contributions that industry innovations great and small can bring to the clinical lab – and from high-tech robotics to a simple plastic bottle shield the emphasis on safety is everywhere.
Our Lab Economics feature (page 20) presents a case study in which lab automation not only has clear implications for improved patient safety, but also yielded major financial benefits to the lab and the hospital. The authors describe the success of their renovation project with the intention of allowing their experience to serve as a template for others to follow.

Our Industry Overview (page 22) rounds up improvements to lab products and processes that are reducing injuries on the job, making the lab as safe a place to work as it has ever been — and not a moment too soon, as we’ve learned that accidents are not our only source of worry, and we put procedures in place to manage a new realm of threats from possible terrorist attacks.

We can surely hope that 2003 will see the world become a more peaceful rather than more threatening place, and the vast majority of our population will not have to consider its readiness for attack by a deadly biological agent such as anthrax or smallpox. One thing we do all know for certain, however, is that sooner or later each and every one of us will be a patient in a health care institution — so the investments we make now toward improving our systems of care are investments from which each of us may ultimately benefit.

In 1999, the Institute of Medicine (IOM) estimated that at least 44,000 and as many as 98,000 Americans die each year as a result of medical errors – with even the lowest estimates tagging medical error the country’s eighth leading cause of death, ahead of automobile accidents, breast cancer or AIDS.

As the American Society for Clinical Laboratory Science (ACLS) points out in its 2001 position paper on medical errors and patient safety, “Clinical laboratory scientists are the single group of health care professionals who are educated in the areas of quality control and can take a leading role in the development of positive error management. Laboratorians are responsible to collaborate with other health care professionals to look for ways to reduce errors and improve processes in the pre-analytical and post analytical portions of laboratory testing.” But while regulation and oversight are certainly nothing new in the clinical laboratory environment, the roadmap to collaboration and interaction is still being charted, and new technologies bring constant changes to the geography.

Examples of new systems already at work in pilot hospitals give nurses the ability to display lab values in real time before administering medication, and allow physicians to access clinical decision support systems for state-of-the-art information when ordering tests from the lab.

Still greater impact in lessening “preventable adverse events” may come from other new technologies, such as computerized order-entry systems. But beyond upfront costs, these types of innovation also involve procedural change, and we know that resistance always precedes change. A survey just published in the New England Journal of Medicine shows the size of a roadblock we may not have counted on: the attitudes of physicians themselves.
Researchers from the Harvard School of Public Health and the Kaiser Family Foundation conducted surveys of 800 physicians and 1,200 other adults, comparing their views and experiences of medical errors. Thirty-five percent of physicians and 42 percent of the general public reported having personal experience with an error in their own or a family member’s care, but both groups vastly underestimated the number of deaths nationally from such causes.

And the physicians particularly were not ready to embrace many of the possible solutions to the problem of medical errors. Fewer than one in four thought it would be very effective to increase the use of computers to order drugs and medical tests, to increase the use of computerized medical records, or to require hospitals to report serious medical errors voluntarily to a state agency. Only slightly higher numbers agreed — in spite of evidence in favor of special training and frequent practice – to the effectiveness of limiting some high-risk procedures to high-volume hospitals, or using only specially trained physicians in an ICU.

The greatest differences in opinion between the two groups, physician and public, involved questions of reporting and sanctioning errors: only three percent of physicians compared with 50 percent of the public thought suspension of the licenses of health professionals would be very effective in reducing errors, and 86 percent of physicians versus 34 percent of the public thought that hospital reports of serious errors should be kept confidential. Two-thirds of the public also cited failure of health professionals to work together and communicate as a team as a very important cause of errors.

Yet overall, both physicians and the public place greater responsibility for errors with individuals than with institutions, though a central premise of the IOM report is that errors should be viewed primarily as failures of institutional systems rather than of individuals. Further, medical errors are not seen by either group to be one of the largest problems in health care today. Both groups described cost issues as health care’s greatest challenge: for the physicians, the top issues were malpractice insurance and lawsuits, the cost of health care and problems with health plans; for the public, the primary concerns were the cost of health care and the cost of prescription drugs.

As we work toward improving safety, assuring quality while controlling costs, it becomes clear that we need to both institutionalize and individualize the attitude that preventing mistakes saves money. And in the case of our health care system, it also saves many lives — our loved ones’ and perhaps one day our own.

Much Ado About Automation 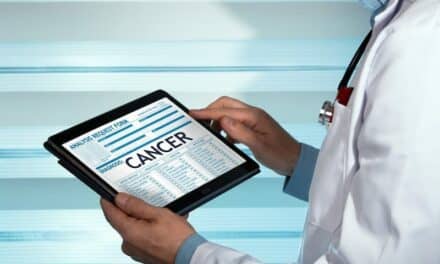 How Cancer Diagnosis Declined During the Pandemic 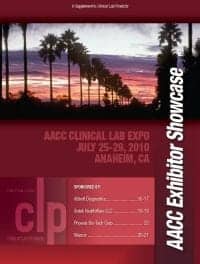 Supreme Court Rules Human Genes May Not Be Patented