Is Fifteen-Minute Genome Sequencing on the Horizon?

In the race for faster, cheaper ways to read human genomes, Pacific Biosciences is hoping to set a new benchmark with technology that watches DNA being copied in real time. The device is being developed to sequence DNA at speeds 20,000 times faster than second-generation sequencers currently on the market and will ultimately have a price tag of $100 per genome.

Chief Technology Officer Stephen Turner of Pacific Biosciences will discuss Single Molecule Real-Time (SMRT) sequencing, due to be released commercially in 2010, at the 2009 Industrial Physics Forum, a component of the 51st Annual Meeting of American Association of Physicists in Medicine, which takes place from July 26 to 30 in Anaheim, Calif.

A decade ago, it took Celera Genomics and the Human Genome Project years to sequence complete human genomes. In 2008, James Watson’s entire genetic code was read by a new generation of technology in months. SMRT sequencing aims to eventually accomplish the same feat in minutes.

The method used in the Human Genome Project, Sanger sequencing, taps into the cell’s natural machinery for replicating DNA. The enzyme DNA polymerase is used to copy strands of DNA, creating billions of fragments of varying length. Each fragment — a chain of building blocks called nucleotides — ends with a tiny fluorescent molecule that identifies only the last nucleotide in the chain. By lining these fragments up according to length, their glowing tips can be read off like letters on a page.

Instead of inspecting DNA copies after polymerase has done its work, SMRT sequencing watches the enzyme in real time as it races along and copies an individual strand stuck to the bottom of a tiny well. Every nucleotide used to make the copy is attached to its own fluorescent molecule that lights up when the nucleotide is incorporated. This light is spotted by a detector that identifies the color and the nucleotide — A, C, G, or T.

By repeating this process simultaneously in many wells, the technology hopes to bring about a substantial boost in sequencing speed. "When we reach a million separate molecules that we’re able to sequence at once … we’ll be able to sequence the entire human genome in less than 15 minutes," said Turner.

The device also has the potential to reduce the number of errors made in DNA sequencing. Current technologies achieve an accuracy of 99.9999 percent (three thousand errors in a genome of three billion base pairs). "For cancer, you need to be able to spot a single mutation in the genome," said Turner. Because the errors made by SMRT sequencing are random — not systematically occurring at the same spot — they are more likely to disappear as the procedure is repeated. 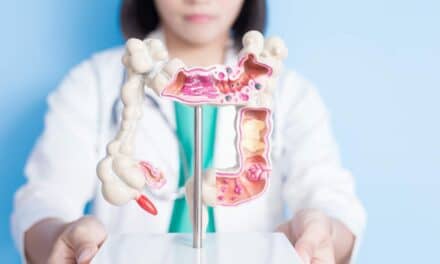