On Monday, Nov. 6, 2000, The Needlestick Safety and Prevention Act was signed into law by President Bill Clinton.

The law requires changes in the bloodborne pathogens standard in effect under the Occupational Safety and Health Act of 1970, to mandate health facilities to use safety needles. The bill also requires more consistent documentation of all needlestick injuries and requires that workers who provide direct patient care participate in evaluating which safe needles and sharps are used in their workplaces. The bill requires healthcare facilities to update and review their Exposure Control Plans to reflect changes in technology.

Study shows possible clinical benefit of Bayer HCV test
A study presented at this year’s 51st American Association for the Study of Liver Disease (AASLD) meeting reported on results of a new Hepatitis C (HCV) test that uses a molecular diagnostics technology called transcription mediated amplification or TMA. Study results showed that more than one-third of the patient samples that tested negative for HCV using the conventional PCR test were actually positive when tested by the new TMA test.

Dr. Stefan Zeuzem of the Zentrum der Inneren Medizin, (Frankfurt, Germany) presented results of a study in which 47 patient samples that had previously tested negative for HCV with existing PCR-based assays, were re-tested with the Versant HCV Qualitative RNA Assay from Bayer Diagnostics of Tarrytown, N.Y. The new study showed that 36 percent of patient samples that were diagnosed negative by the PCR assay were positive by the TMA test. After being tested with the conventional PCR test, all of these patients had relapsed after treatment was stopped. Zeuzem speculated that the results may have implications for the treatment of Hepatitis C, such as keeping patients on therapy longer in order to avoid relapse.

The Versant HCV RNA Qualitative Assay is available for Investigational Use Only in Germany and other parts of Europe, as the performance characteristics of this product have not been established. Qualitative testing for HCV using TMA technology is available in the United States as a service of the Bayer Reference Testing Laboratory in Emeryville, Calif.

The company recently released a new version of its quantitative HCV RNA assay, Versant HCV RNA 3.0 Assay (bDNA) available worldwide for research use only, not in diagnostic procedures. It is designed to quantitate HCV RNA over a range of values.

The conference was concurrent with the American Thrombosis Association (ATA) meeting in Denver. Many local attendees took advantage of this opportunity to learn more about thrombotic disorders and speak directly to a panel of experts. The ATA is a non-profit organization devoted to increasing public awareness of thrombosis. Its Web site address is www.bloodclot.org. For information on future Diagnostica Stago conferences, check the company’s website at www.stago-us.com.

COLA CEO Kroger retires, COO Beigel promoted
National healthcare accreditation organization COLA of Columbia, Md., has announced the retirement of its CEO, J. Stephen Kroger, M.D., FACP, effective June 30, 2001. An original founder of the organization, Kroger was chairman of the organizing committee and acted as its founding president before becoming its CEO. COLA’s Board has appointed Douglas A. Beigel, currently COLA’s COO, as Kroger’s successor effective July 1. Beigel, who has been with COLA for 11 years, worked closely with Kroger in leading the organization. 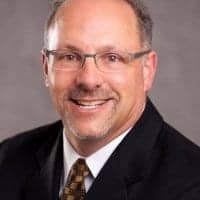