A new study published online ahead of print in the April 2013 issue of the Journal of Thoracic Oncology concludes that the VeriStrat test from Biodesix, Boulder, Colo, was predictive of survival outcomes between erlotinib and gemcitabine.

The study, “A Retrospective Analysis of VeriStrat Status on Outcome of a Randomized Phase II Trial of First-Line Therapy with Gemcitabine, Erlotinib, or the Combination in Elderly Patients (Age 70 Years or Older) with Stage IIIB/IV Non-Small-Cell Lung Cancer” was conducted by lead investigators at the University of North Carolina Lineberger Comprehensive Cancer Center, Chapel Hill, NC, and Biodesix.

The paper was also the subject of an oral presentation at the 2012 Chicago Multidisciplinary Symposium in Thoracic Oncology.

VeriStrat is a multivariate serum protein test that helps oncologists to effectively personalize therapy. The study concludes that in this population, patients with VeriStrat Poor status should not receive erlotinib therapy but may be good candidates for gemcitabine treatment.

In the retrospective analysis— onducted by Thomas Stinchcombe, MD, associate professor at the UNC Lineberger Comprehensive Cancer Center, and his colleagues—105 patients received VeriStrat testing on serum or plasma samples taken prior to initiation of therapy. Sixty-three (60%) of these samples were classified as “VeriStrat Good” and 35 samples (33%) were classified as “VeriStrat Poor.”

Researchers concluded in multivariate analysis that the VeriStrat test was predictive of both PFS and OS outcomes between the erlotinib and gemcitabine arms ( p<0.001, p=0.017, respectively) and that further studies utilizing VeriStrat to select more beneficial treatment regimens for lung cancer patients are warranted.

“These study results are consistent with other VeriStrat data; across multiple studies; patients classified as VeriStrat Poor consistently have worse outcomes on erlotinib therapy than patients classified as VeriStrat Good,” says Dominic Spinella, PhD, vice president of clinical development and medical affairs, Biodesix. “Importantly, this is the first study where we have identified a viable treatment option for elderly lung cancer patients with VeriStrat Poor classification: single agent chemotherapy with gemcitabine.” 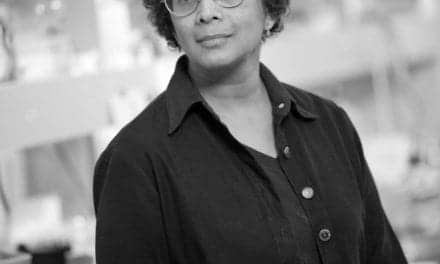 Influenza A and B Test