Innovation is a Reflex at CRL

Clinical Reference Laboratory (CRL) has always prided itself on its innovation. It has grown from a group of six entrepreneurs sharing one phone in 1979 to one of the largest single-site laboratories in the country. Currently, CRL has more than 450 employees at its 250,000-square-foot, state-of-the-art facility in Lenexa, Kan. The company performs tests on millions of samples annually for hundreds of clients in the areas of clinical trials, corporate wellness programs, genomics, insurance, and toxicology.

CRL processes samples 24 hours per day, 6 days per week. It receives samples from across the United States and from many foreign countries. However, prior to 2004, the company had two major workflow issues: the need to move arriving samples into the system more efficiently, and the need to improve the handling of additional or reflex testing. Here’s how automation was used to tackle both problems.

Moving Arriving Samples Into the System
Until deliveries arrive each day, CRL does not know what samples are coming in, when they will arrive, or what testing is to be performed on them. The majority of tests are ordered from the consent forms received with the samples. Until 2004, CRL had a semiautomated process in place to quickly identify the testing that was to take place on each sample. However, to continue to grow the business at the present pace, the management team—under the leadership of Robert L. Stout, PhD, president, and me as vice president of lab operations—decided the system had to be rethought and reorganized.

Reflex Testing
The second issue was more pressing. Additional or reflex testing, which was frequently ordered, needed to be handled more efficiently. The team had already identified that delays were not coming from the testing itself but from the time it took to locate and recover samples from the archives to do retesting. Samples were stored in numerical order. Once the data entry was performed and the information was run through a verifier against client requirements, work lists were generated. Then, specimens requiring additional tests were pulled manually via the work list. Searching for the tubes among the 20,000 to 40,000 handled per day was a time-consuming task for the company’s highly trained medical technologists, even with the smaller “islands of automation” they had set up throughout the facility.

Searching for and setting up the retests had another downside: delayed processing. We have a great professional staff at CRL, but when you rely on a person to perform a routine process over and over again, it takes more time. Additionally, according to our technical coordinator, Lou Suarez, “Although we had systems in place to read the bar code before testing, on occasion there were delays in processing, and that slowed us down.” The management team decided to streamline this process, with the goal of delivering better turnaround times, improved process controls, faster submission for reimbursement, and better service.

For a while, to achieve greater efficiency, we tried ordering a set of standard panels on our samples, but it was not a long-term solution. Therefore, we established a threefold mission for improvement: stop chasing after tubes, reduce CRL turnaround time on additional testing, and, most important of all, increase the efficiency of the operation for better service to clients. It was time to automate the reflex-testing process.

We evaluated automation systems from major manufacturers around the globe. Since turnaround time was one of the key issues of their evaluation process, the question of technical support and training surfaced as a major factor for determining which solution was right for CRL. Early in 2004, CRL, after extensive evaluation, chose the Olympus OLA2500s high-speed sorter. Olympus America performed the initial training on-site for a full week, and the three units went online in August 2004.

Initially, most of the staff was uneasy with the process change, which involved not only the addition of the high-speed sorters, but also changes to their laboratory information-management and laboratory information systems. Although the training was thorough, the month after initiation was tough. There were details with the overall process that CRL needed to clarify. These included learning how the OLA2500s worked to keep track of, locate, and select the right samples. Through it all, the Olympus staff was there and was very supportive.

The result of the changeover to automation has been significant. We now perform testing and report our results on most tests the same day. What was once a 2-day process is now usually done on the same day. Additionally, CRL, because it is again performing only the tests that are reported, has also reduced reagent costs.

Today, automation is a central part of CRL’s operations. In the general test lab, information is downloaded to instrumentation and the OLA2500s high-speed sorter. As the sample passes through an instrument, only the needed testing is performed. In addition, any reflex testing or missed tests are picked up by the high-speed sorter and placed in racks specific to the instruments on which the tests are to be performed. When all testing is complete on a particular tube, a high-speed sorter archives the sample and loads information on its rack and tube position in the rack to the LIS. The high-speed sorter has given us the ability to locate the exact location of every sample in the laboratory. The test tubes have a history. This is a major savings for our clients, both in time and money. It all adds up to more-cost efficient, timely, and accurate results.

Our experience with service and support groups during the OLA2500s’ implementation was also extremely positive and continues to be positive today. We have given Olympus one of the highest grades of all vendors servicing the laboratory.

With the introduction of automation to our process, we have not only cut our turnaround time on most reflex testing by a full day, we’ve also reduced the manual hours spent by our highly trained medical technologists and allowed them to do what they do best.

As a result, CRL has improved its overall lab quality and has become even more cost-efficient. The automated process requires fewer manual hours and ensures better quality. We are performing only billed tests, we don’t waste time looking for samples, and we can track the samples through the process. It is great to have access to the samples much earlier than we did before. The OLA2500s is part of a larger ongoing change process for us; and given our history, it is not really surprising, because we’ve always embraced innovation.

Finally, we’ve now added a full-service genomics unit to meet the increase in market demand for this type of testing. Genomics is a long way from six people in a small office with one phone in 1979. But that’s to be expected from CRL. 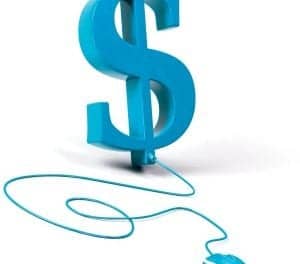